1,871 incidents were reported in 2021, the highest annual number since the state began tracking it in 1994 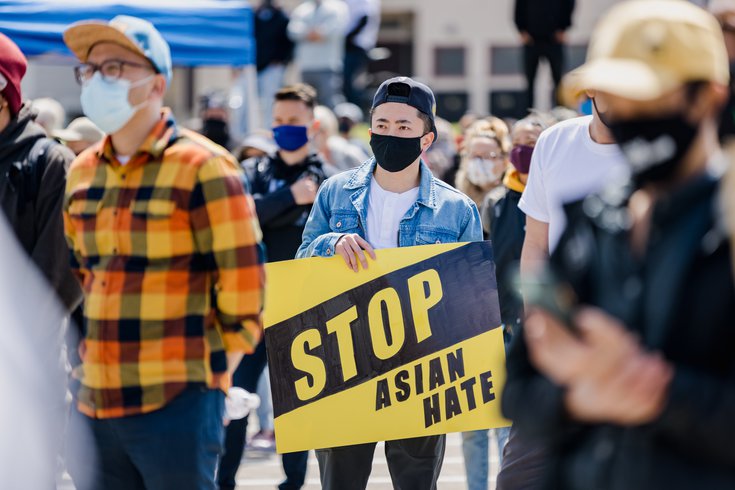 There were 1,871 bias-motivated incidents in New Jersey in 2021, a record high for the state since the New Jersey State Police began tracking the data in 1994.

There were 1,871 reports of bias-motivated incidents in New Jersey in 2021, the highest recorded since the state began tracking the data in 1994, Acting Attorney General Matthew Platkin said on Friday.

The primary reasoning, according to the Attorney General's Office, is most likely a combination of statewide initiatives aimed at improving community outreach, and situational factors relating to the COVID-19 pandemic, backlash against the protests sparked following the killing of George Floyd in 2020, and "racialized rhetoric" surrounding the 2020 election.

"Our commitment to protecting New Jersey residents from acts of hate and bias remains unshakeable," said Platkin. "New Jersey has been a nationwide leader in taking comprehensive steps to prevent and combat prejudice and hate, but this year's record-high number of reported bias incidents should serve as a reminder that we still have plenty of work to do."

The most significant jump was in anti-transgender bias, which saw a 171% increase from 2020 to 2021, accounting for 17 incidents to 47 incidents, respectively.

We've taken seriously our efforts to combat hate in NJ - like prioritizing bias incident response and reporting. But, our preliminary data shows that bias incidents are higher than ever recorded before: https://t.co/97uZiXCDqW.

There's more to do, and we're ready to get to work pic.twitter.com/GgqGl34foU

"New Jersey is proudly one of the most diverse states in the country, and we've made clear that hate has no home here," said Gov. Phil Murphy. "Unfortunately, we're seeing a rise in reports of bias incidents nationwide, and the Garden State is no exception."

There were 78 bias incidents reported to local authorities in Camden County, 169 reported in Burlington County, and 96 reported in Gloucester County, according to preliminary data. 28 incidents were reported to the Cherry Hill Police Department in 2021, the largest number for one municipality in South Jersey.

The Attorney General's Office said that 2021 was the first year that New Jersey State Police began including reports of bias incidents in "cyberspace" in their data. These accounted for 15% of all incidents, and were previously classed as "unknown." The number jumped to 275 total incidents for the year.

In January, New Jersey became the second state to mandate AAPI education in K-12 schools. In June 2021, the state became the first in the United States to mandate LGBTQ+ history be taught at all grade levels. Both anti-Asian and anti-LGBTQ+ bias incidents saw reported increases, according to the New Jersey State Police.

Although the Anti-Defamation League found that Pennsylvania had the most white supremacist propaganda in the United States in 2021 with 473 incidents, New Jersey had 186.

Any New Jersey resident who has been subjected to bias-motivated harassment or discrimination at work, in housing, or in public accommodation, is encouraged to file a report with the Division of Civil Rights, which can be accessed here.