Bucks County couple adopts teen from Ukraine, then was forced to flee war-torn country without him

Since then, Maksym, 16, has traveled hundreds of miles, a harrowing journey from bomb shelter to bomb shelter largely left to fend for himself. He recently made it close to the Polish border 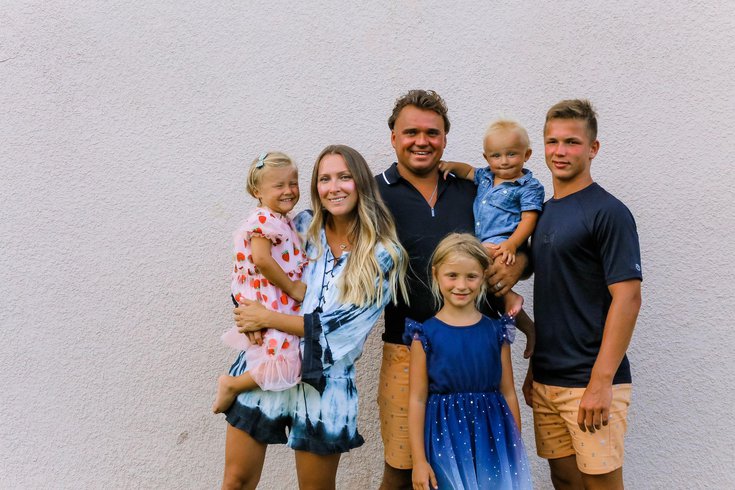 Maryana and Dmitriy Kravchenko are pictured with their children, including Maksym, 16, on the far right, whom the couple recently adopted in Ukraine. The adoption was finalized on Feb. 24, the first day of the Russian invasion. Then couple had to leave the country without him.

As Maryana and Dmitriy Kravchenko flew back to the United States from Poland on Feb. 28, after a 2 1/2-day journey out of Ukraine, they were unsure when they would see their son Maksym again. Just four days prior to departing, on the day that the couple's adoption of the teen had been finalized, Russian forces invaded Ukraine, starting what has become an all-out war, impacting every part of the country.

The Lower Southampton, Bucks County couple's journey to adopt Maksym, an orphan living in a rural village in Ukraine, now 16 years old, began more than three years ago. They had no idea at the time that the process would involve their new son navigating a perilous trek across a country under attack.

After a 10-day wait in Ukraine because of a delayed court date, a judge finalized the Kravchenko's adoption of Maksym and started the clock on the standard 30-day waiting period, which allows adoptive children in the Eastern European country the opportunities to change their minds before leaving.

"This is something that the judge does at her discretion, so she can waive the 30-day (waiting period) or require us to come back," Maryana Kravchenko said in a recent interview. "She knew the war was going on. Our boy was from a very rural village, and we had no other option but to leave him. We couldn't take him across the border to Poland despite having a court decree on hand."

The Kravchenkos fled Ukraine on a refugee bus and flew back to the United States to be with their other three young children – and wait for Maksym's impending arrival. 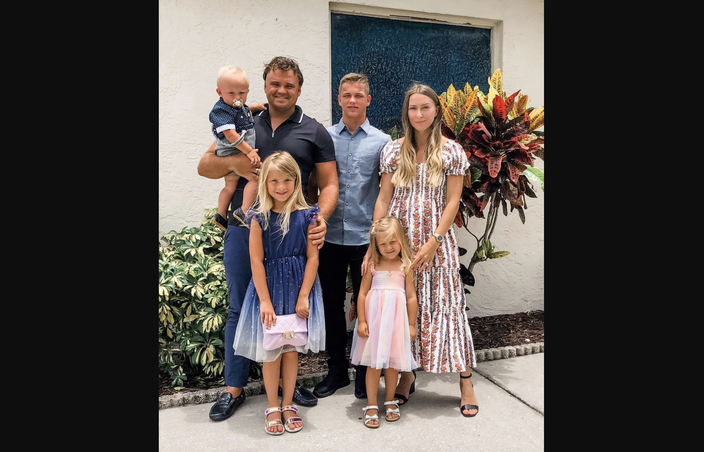 Maryana, right, and Dmitriy Kravchenko, left holding one of the couple's three biological children, began the process of adopting Maksym. center, during the winter of 2018 when he came to visit the family.

For the 16-year-old, the journey from his orphanage to western Ukraine has been slow and treacherous, Kravchenko said. The orphanage is located an hour from Mariupol, a southern city that has been besieged by Russian attacks and where thousands of civilians remain trapped.

Once the family got out of Ukraine, Maksym was left in a bomb shelter. He had attended a trade school, and the leader of the orphanage where he lived is also the director of that school. As Ukrainians were being evacuated out of war-torn areas, the director of Maksym's orphanage had to give permission for the boy to leave.

He didn't, and Maksym was left in the bomb shelter for 10 days before two war chaplains supported by the Kravchenko's church, the Calvary Chapel of Philadelphia, were able to step in and evacuate him, sending him to a different orphanage. Maksym was the only child in that bomb shelter allowed to leave.

The war chaplains got Maksym to a second orphanage in Zaporizhzia, a city about 140 northwest of Mariupol on the Dnieper River, but still in southeastern Ukraine and still close to 700 miles from Poland's border.

There is a nuclear plant in Zaporizhzia that the Russian military attacked in March, coming close to damaging the facility's six reactors with seemingly indiscriminate bombardment with heavy weapons. The plant narrowly avoided nuclear disaster, officials have since said.

Kravchenko was told a bus would arrive in the city in the morning to transport Maksym close to the border.

"The lady who worked at the orphanage found out that our kid has American parents, and she locked him up and requested ransom money to release our son," Kravchenko said. "He was legally ours at this point, so what she was doing was illegal. Especially during wartime, to request money for a child is just insanity."

War chaplains interceded and helped Maksym again, this time allowing him to board one of their own buses being used to provide supplies and transport the families of humanitarian workers out of Zaporizhzia and other cities in the region.

The chaplains drove Maksym more than 600 miles to west Ukraine, near Lviv, less than 50 miles from the border. The teen has remained there while Kravchenko's adoption team waits on the Polish side of the border to arrange for him to return to the United States and be reunited with his family.

"(The judge) said she did it out of compassion, but all she did was sign my son up for 30 days of war," Kravchenko said.

Ordeal like this, where adoptive parents hurried to board flights to Ukraine and finalize adoptions even as Russia amassed troops before the invasion, have emerged in recent weeks. In many of these situations, parents had to flee Ukraine themselves with no option by to leave behind their new family members, like Kravchenkos did.

A couple in Maine shared a similar story with NPR a few weeks ago. Two children they are adopting have made it to Poland with others in their orphanage, but because a Ukranian judge has not formally approved the adoption, the children are in limbo and unable to get a U.S. tourist visa.

A Canadian family told the CBC they had been one court appearance away from finalizing the adoption of a 17-year-old girl when the war started and interrupted the process, and a Texas family described barely escaping Ukraine with their 10-year-old adopted son, whose health was rapidly deteriorating due to cerebral palsy, according to the Washington Post.

The Kravchenkos – Ukrainian natives and devout Christians – believe that the Bible instructs Christians to care for "orphans and widows," which led them to "Open Hearts and Homes for Children," a nonprofit organization that allows for families to host children from Latvia and Ukraine in the United States. 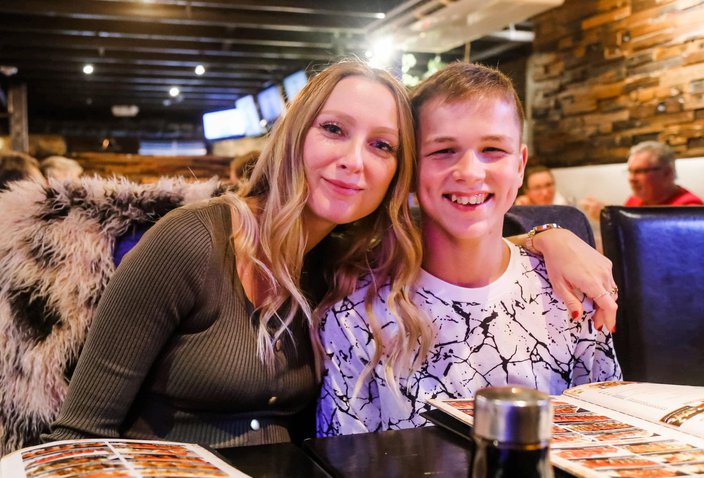 Maksym immediately meshed with the family during the hosting trips. As the Kravchenkos share cultural traditions with their son, his transition into their family was seamless.

That's how they met Maksym, who immediately blended into the family.

"He fit really well. I think a lot of adoptive parents don't make any pretenses for their children," Kravchenko said. "The hosting period allows us to see if we mesh. Really, it's to allow the child to integrate into a loving family and show them how a normal family functions. We get to spoil him a little bit because it's typically during Christmas or over the summer, so we get to see if it's the right fit for us or the kid."

Dmitriy moved to the United States from Ukraine in 2003, while Maryana has lived here for 30 years. Their roots helped create a bond with Maksym – they speak the language, they eat the food, and they understand Ukrainian cultural traditions.

Maksym also gets along well with Kravchenko's other young children. Maryana Kravchenko said the 16-year-old likes their family values, and they acknowledge the unique perspective and history that he brings to the family.

"Some people say that teenagers don't need family, but they absolutely do," Kravchenko said. "A 16-year-old doesn't have a support system, they don't have all of those adult values lined up."

It has been staggering to watch the war in Ukraine unfold and hear stories from members of the Ukrainian community who are still on the ground and struggling to flee to safety, she said. The attacks on civilians, in particular, has been extraordinarily upsetting for her and her family to watch.

"We're seeing this from relatives, from friends, our huge Ukrainian community," Kravchenko said. "Everybody has somebody there who needs to be evacuated, or who has been hurt or killed by Russian military action."

Once Maksym is able to cross into Poland, the Kravchenko's adoption team will work with the U.S. Embassy to retrieve the teen and reunite him with his new family to return to the United States. But the timeline for that happening remains uncertain, even after he gets out of his native county.