Experts say uneven child-care responsibilities are among the reasons 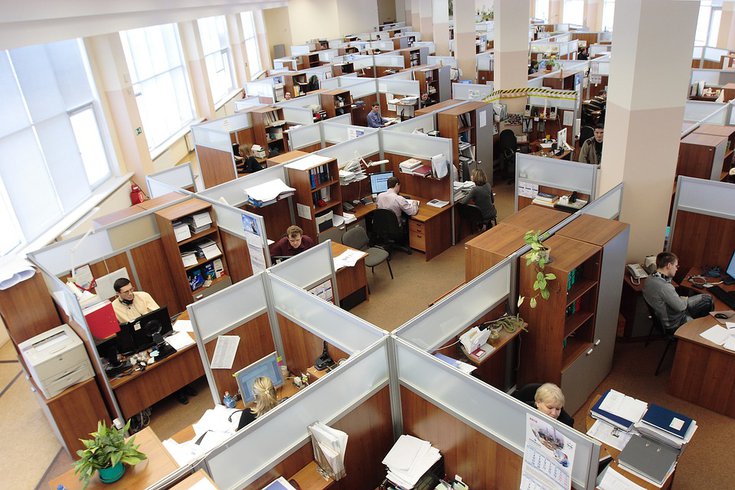 The U.S. Bureau of Labor Statistics reported 467,000 new jobs in January 2022 – higher than had been expected by economic experts. However, more men are filling those jobs and women are still not at pre-pandemic levels of employment.

As the United States approaches the two-year anniversary of the COVID-19 pandemic, jobs numbers are on the rise. America's labor force gained 467,000 jobs in January, the most recent U.S. Bureau of Labor Statistics states. That's despite the White House's warning that last month's numbers could be lower than December's as a result of the omicron surge, now tapering off in most of the country.

But there is more to these jobs numbers that is not as apparent, particularly that the level of job recovery is not being felt equally across all parts of the country's workforce.

Of the jobs gained in January, 40.3% were filled by women, compared to 59.7% filled by men. At the same time, the pandemic already had disproportionately impacted women in the workforce from its onset: Of the 2.9 million jobs lost during the pandemic, 63.3% of them had been held by women.

Women returning to work at a slower rate is not due to fewer women looking for work.

In February 2020, before COVID-19 lockdowns and restrictions took effect in the United States, 71.7% of men and 57.8% of women had jobs or were actively seeking work. The January 2022 statistics show no significant change to that ratio with men accounting for 70.2% of the workforce and women representing 58.1%

"It's pretty clear that this will have long-term consequences," said Pilar Gonalons-Pons, an assistant professor of sociology at the University of Pennsylvania, who studies the intersection of gender and work. "At the beginning of the pandemic, many experts said that the increase in gender inequality would be short-term, as it was caused by the pandemic, but two years in, I think it's harder to make that argument."

In its analysis of the Labor Department's report from last month, the National Women's Law Center's highlighted that 39,000 women ages 20 and older entered the labor force in January– meaning that they were either newly working or actively looking for work – compared to more than 1 million men. This means men have recouped their job losses from the pandemic, Jasmine Tucker, the NWLC's research director, writes.

The disparity in the number of men and women who found work in January likely reflects the "uneven caregiving responsibilities" men and women have taken on during the pandemic, Tucker says, particularly as the omicron variant surged.

Gonalons-Pons said this difference between men and women will be evident a year from now and beyond.

"... (I)f we look closer, I believe we will be able to see some lingering disparities visible in things like occupational position, wages, promotions – all of these things that we know will be part of the lingering tail that will impact women's labor market positions in the long run," .

The child care industry added 5,600 jobs in January. The industry has lost 131,200 jobs – 12.4% of the total workforce– since February 2020, according to the Labor Department report. Child care costs remain high for many families, often accounting for up to 13% of a family's monthly income, while wages for child care workers are stagnant, averaging at just $13.51 per hour, the NWLC said.

"This is a crisis," Diane Barber, executive director of the Pennsylvania Child Care Association told the Washington Post in September. "Parents are looking for child care, but now it's this Catch-22. We don't have the staff, so we can't open the classrooms, so families can't go back to work because they can't find child care."

The loss of child care workers and facilities has directly affected many mothers, who disproportionately carry the weight of caregiving responsibilities in families.

The Labor Department's report show the unemployment rate about women was 3.6%, changing little compared to the previous month. The NWLC analysis shows that more than 1 in 4 women currently outside of the labor force have been unemployed for more than six months, which effects their future employment opportunities.

"The increase in women who have been out of the workforce for six months or more is a very prolonged period of unemployment," Penn's Gonalons-Pons said. "And we know from previous research that the longer you're out of the workforce, the more difficult it is to re-enter, and many of the jobs you're able to get will not be of the same quality or earning potential as the one you had."

More than 1 in 6 women ages 16 and older had been out of the workforce for more than one year.

The unemployment rate for men rose slightly between December 2021 and January, from 3.2% to 3.8%.

A study published in January by the American Psychological Association found that in almost 37% of the families, women handled most or all of the child care responsibilities. The study's lead author Kristen Shockley links this trend to women often earning less than their  male counterparts – which means that when a family faces one partner leaving the workforce to provide child care, that often ends up being that woman.

"Women have been faring worse than men during the pandemic, and that is related in large part to the caregiving responsibilities and obligations that are placed more on women than men," Gonalons-Pons said. "The pandemic has led to an increase in gender inequality, and greater disparities in labor market positions for men and women. A lot it has to do with the disparities between women and men with children, where men seem to have no negative impacts on their working life. It's driven by declines in labor market positions for women with children."

Julie Vogtman, director of job quality at NWLC, told CNBC that offering increased wages, more paid time off, and added flexibility would be important in bringing women back to the workforce, as well as helping them to shoulder some of the extra burden of caregiving responsibilities.