As of Tuesday, the birds were still missing 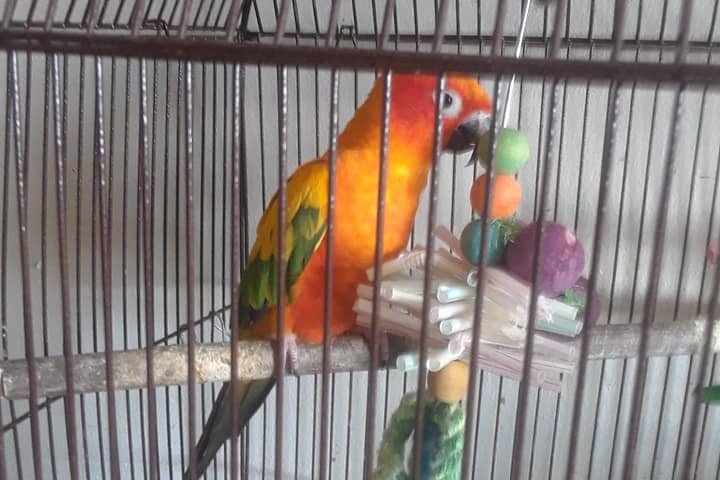 Sunkist, one of the birds stolen from a Northeast Philadelphia apartment last week, is still missing as of Wednesday, Jan. 9.

Two parrots were stolen from a Northeast Philadelphia home, in one of the weirdest robberies police have seen in the area.

6ABC reported that Robyn Zavodnick and her husband Jorge Aquino were out running errands when they returned to find the bird cages empty inside their second-floor walkup on the 2500 block of Shelmire Street.

RELATED: Man gets into drunk altercation after being served cheesesteak on sesame seed roll

In a post on Facebook, Zavodnick said the two birds, named Sunny and Sunkist, had been stolen on Jan. 4. As of Tuesday, the birds were still missing and an update from the family on Wednesday provided no further information.

In addition, the couple told 6ABC a razor, broken flashlight, and a tattoo gun also were missing from the apartment.

Zavodnick and Aquino suspect their parrots would have put up a fight while being removed from their cages, but there wasn't a trace of the birds that was left behind.

So if you're in the Northeast, keep your eyes and ears peeled for two red, yellow and green birds.