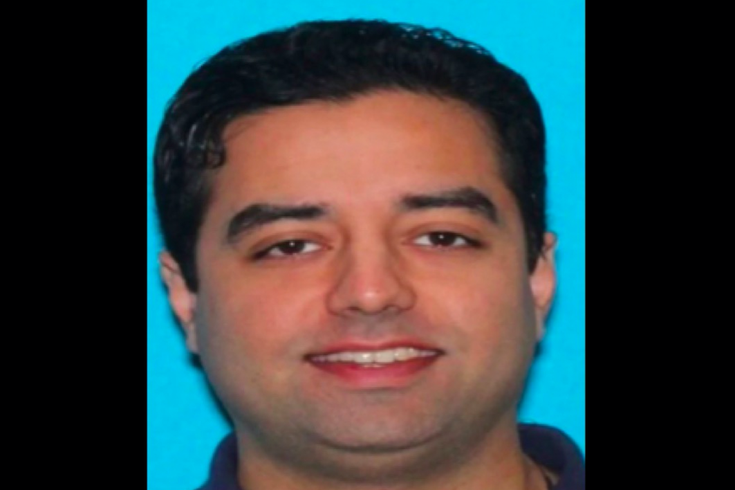 Sohan Panjrolia, 31, of Bustleton, is suspected of fatally shooting his father at their home on Saturday, August 3, 2019. He was arrested near Harvard University in Massachusetts after fleeing Philadelphia.

A Northeast Philadelphia man accused of killing his father in Bustleton earlier this week has been captured in the vicinity of Harvard University in Massachusetts, U.S. Marshals said.

Sohan Panjrolia, 31, went missing after his father, 60-year-old Mahendra Panjrolia, was killed at his home last Saturday night with an assault rifle. Authorities said the incident occurred at a residence in the 1900 block of Conwell Avenue.

RELATED: Man sentenced to life in prison, plus 22½ to 45 years, for murder of former model in Ardmore

On Tuesday morning, investigators received information suggesting that Panjrolia may have fled to Cambridge, Massachusetts, which is home to the prestigious Ivy League school. Surveillance footage showed Panjrolia in the area of Harvard Square.

Update: We can confirm that the suspect -- Sohan Panjrolia -- has been taken into custody. #CambMA #HarvardSquare

Panjrolia's 2019 Toyota Camry was located in the 9800 block of Clark Street in the area of Harvard Square. He was taken into custody around 12:30 p.m. Tuesday in the unit block of John F. Kennedy Street, near a Ben & Jerry's ice cream shop. He will be charged in Cambridge as a fugitive of justice, authorities said.

A motive in the shooting was not revealed. Investigators said Panjrolia suffers from schizophrenia, according to the Associated Press.