Not a coffee shop, but a shop with coffee: Arterial Agents opens on Jewelers' Row 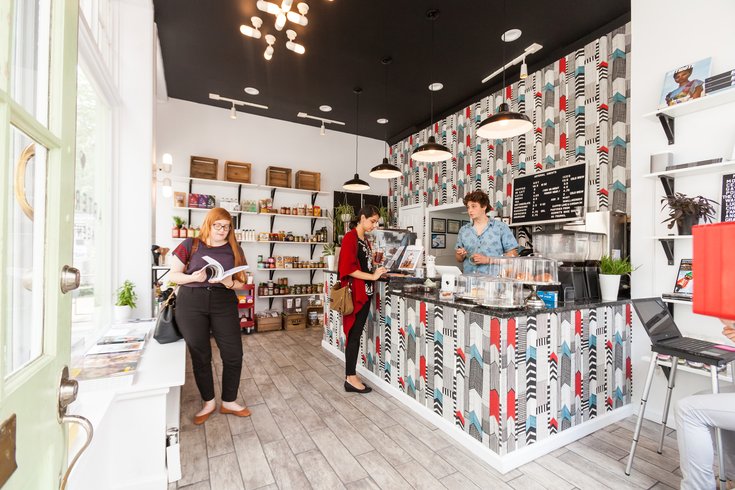 Arterial Agents is a bright, cosmopolitan shop that aims to be engaging with its smaller space.

Saluting passersby from the window of 700 Sansom St., a spot newly reopened as Arterial Agents, is a glossy lineup of independent magazines, shelves stocked with sauces and a fleet of cookbooks that span the recipes of Zahav to the creative eats of Questlove.

"We’re not a coffee shop; we’re a coffee and shop," Nick DeJulius, co-owner of Arterial Agents, told PhillyVoice. "We never want to be just a coffee shop. We love coffee, and I think we have a great product from Ceremony down in Maryland, but I don’t think we’ll ever be the pour-over [people], speaking about the bean’s terroir — it’s just not us."

Arterial Agents, which opened earlier this month at the retail front that had long been Ron Panepinto Jewelers (they moved next door), is a design-minded shop with grocery products curated by East Passyunk's Green Aisle Grocery. Offerings range from Jersey Marinara to O'Paws lamb lung chips. Collectors' magazines are also available, such as Monocle, Wallpaper, Grand Circus and GAYLETTER — the latter two of which are unavailable elsewhere in Pennsylvania. The coffee portion of the operation consists exclusively of Annapolis, Maryland, based Ceremony Coffee Roasters, which you'll also find at Function Coffee Labs in Bella Vista and select restaurants in the city. 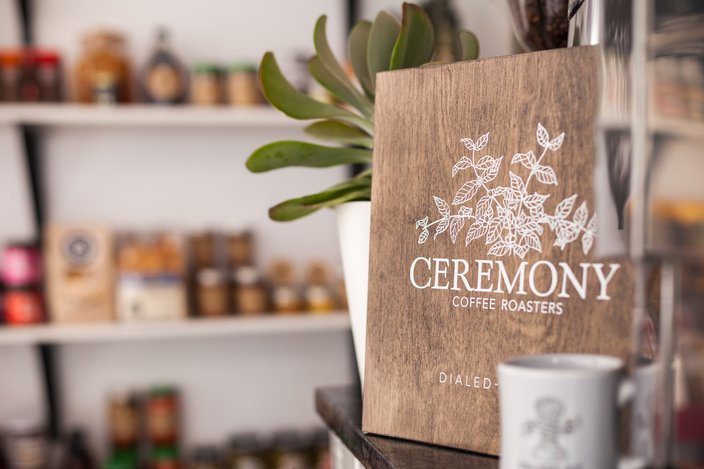 Arterial Agents exclusively serves Ceremony Coffee, one of only a few places in the city that does so.

The menu is fairly concise, with standard espresso drink options and 12 oz. coffee priced at $2.50. Though, an eye-catching collection of flavored syrups made with sugar, water and various herbs or spices proves to be the standout: kaffir lime and cardamom, mint and "vanillavendar" are all available as mixers, intended for iced tea but also pairable with lattes. Pastries, meanwhile, are offered courtesy of Washington Avenue's Kermit's Bake Shoppe.

DeJulius is a graduate of Temple University's Fox School of Business who previously spent four years managing food & drink in New York City's luxury hotels. He opened the 300-square-foot space as a chance to showcase a "mixed-use" concept he'd wanted to launch in New York, but couldn't realistically afford. 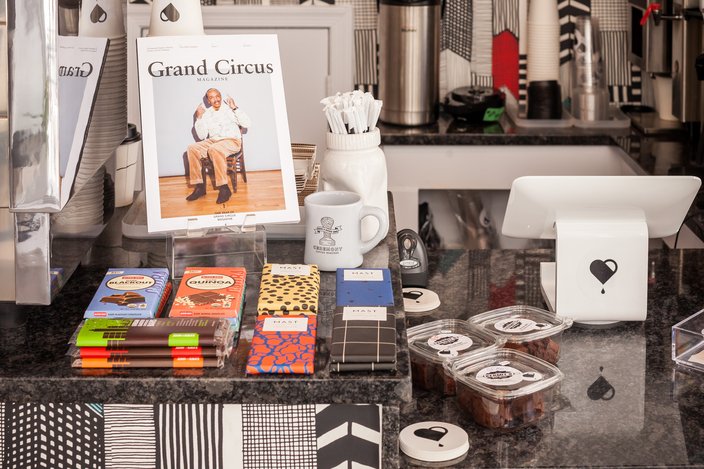 Chocolate, fresh baked goods and artisanal food products are available along with an extensive collection of lifestyle and culture magazines, including the bi-annual 'Grand Circus.'

In fact, as his first go-to alternative, DeJulius said he looked at currently vacant retail space in the Gayborhood, only to quickly realize he was priced out there as well — held back by "super greedy" landlords, he said, who'd rather hold onto their empty spaces in search of the highest bidder.

“When Tony Goldman redid 13th Street, he really tapped into the smaller businesses," he explained. "We missed that kind of opportunity." 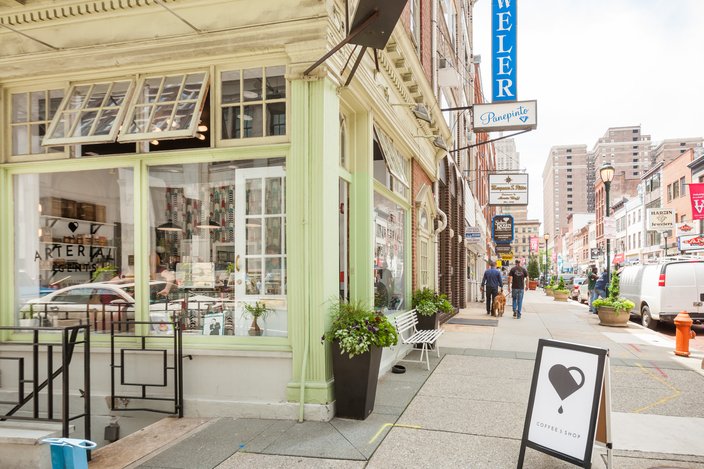 Arterial Agents is located at Seventh and Sansom streets, on the corner of Jewelers' Row.

Still, he's more than content with his new home on Jewelers' Row, which he expects to have a lot of turnover in the years ahead — as well as benefit from the development of Washington Square, between the evolving Curtis Center and the arrival of P.J. Clarke's later this year.