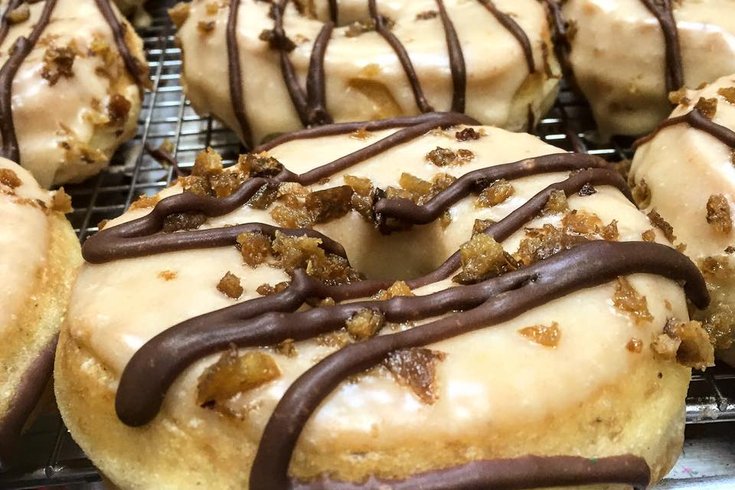 Great news for a misty, hum-drum afternoon: two new pick-me-up spots just opened in Philly, albeit on opposite sides of town.

Meanwhile, Dottie's Donuts, the popular vegan sweets maker which has been delivering its goods across town for some time now, has finally opened its brick-and-mortar just off Baltimore Avenue. Technically they're in soft-open mode at the moment at 4531 Springfield Avenue, with hours just 7 a.m.-3 p.m., but as of March 18, they'll be officially open for business.

Live nowhere near Dottie's new locale? They distribute to a ton of local cafes, including the newly opened Rally Cafe in Queen Village.