Authorities say it's the eight largest seizure in port history 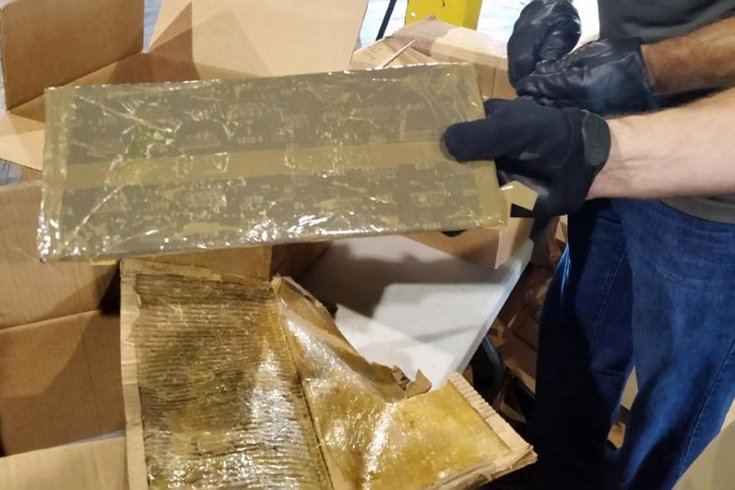 Officials review packages of cocaine seized at the Port of Philadelphia Wednesday.

The U.S. Customs and Border Protection Agency seized what officials say is one of the largest shipments of cocaine in years at the Port of Philadelphia Wednesday.

According to authorities, 363 pounds of the drug, worth a street value of more than $6 million, was hidden in a shipment of Costa Rican pumpkin and squash headed for the Bronx.

The agency says this is the eight largest shipment snagged in Philadelphia. Typically, the agency seizes 10,327 pounds of drugs across the country's 328 ports of entry.

No arrests have been made and an investigation is ongoing in coordination with Immigration and Customs Enforcement, Homeland Security Investigations, and the Drug Enforcement Administration.