The 'Good 4 U' singer danced while she and friends were shown on the scoreboard ... and then the Phils suffered an embarrassing loss to the Mets, 8-7 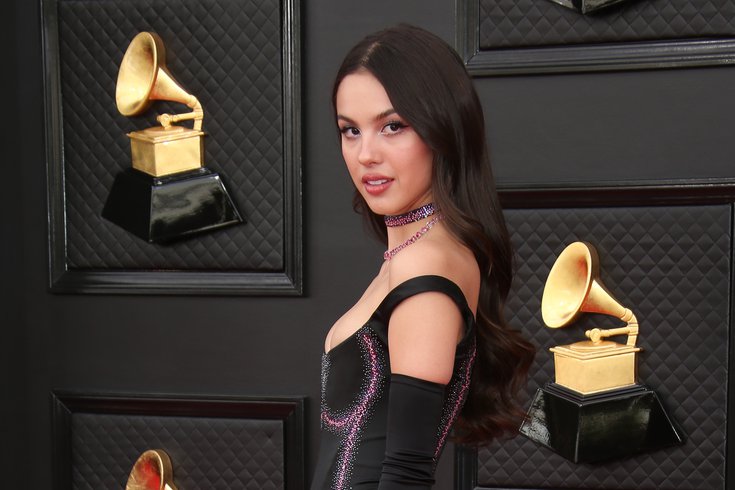 Grammy Award-winning artist Olivia Rodrigo was in attendance at the Phillies-Mets game at Citizens Bank Park on May 5, 2022. Rodrigo is set to perform Friday and Saturday nights at The Met Philadelphia.

Olivia Rodrigo is in Philadelphia this weekend for two shows Friday and Saturday night at The Met. It's the latest stop on her tour in support of last year's infectious, Grammy Award-winning breakout album "Sour."

The 19-year-old pop star had a different kind of experience with the Mets on Thursday night at Citizens Bank Park.

Rodrigo was in attendance at the Phillies game, broadcast on the stadium scoreboard dancing inside a suite with friends while her hit single, "Good 4 U," blared over the speakers. At this point in the game, after five innings, the Phillies held a comfortable 7-0 lead and the crowd was joyous.

Longer video of Olivia Rodrigo at the Phillies vs. Mets game in Philadelphia, Pennsylvania today! this is my new favorite video 💘 pic.twitter.com/73HPXxmouQ

Everything went downhill from there for the home team.

The Phillies were held scoreless the rest of the way and the Mets erased a 6-run deficit in the ninth inning to notch their biggest comeback in the final frame in 25 years.

Starling Marte hit a tie-breaking double that deflated the stunned crowd at Citizen Bank Park. The Mets victory ended a string of 857 consecutive losses by MLB teams when trailing by 6 runs or more in the ninth inning, according to the Elias Sports Bureau. Heading into the ninth, the Mets faced about 60-1 odds at Caesars Sportsbook to pull off the comeback.

That's classic Philly sports for you. You have to wonder whether Rodrigo stayed for the whole game or if she left early, thinking the Phils had it in the bag.

"It's tough," Phillies right fielder Bryce Harper said after the game. "But we can't sulk. … It's a gut punch, but we've got to win the weekend."

The Phillies won't get their chance for revenge on Friday after a rain delay forced the postponement of the second game of the team's four-game set with the Mets. The series will resume Saturday at 4:05 p.m. in South Philadelphia.