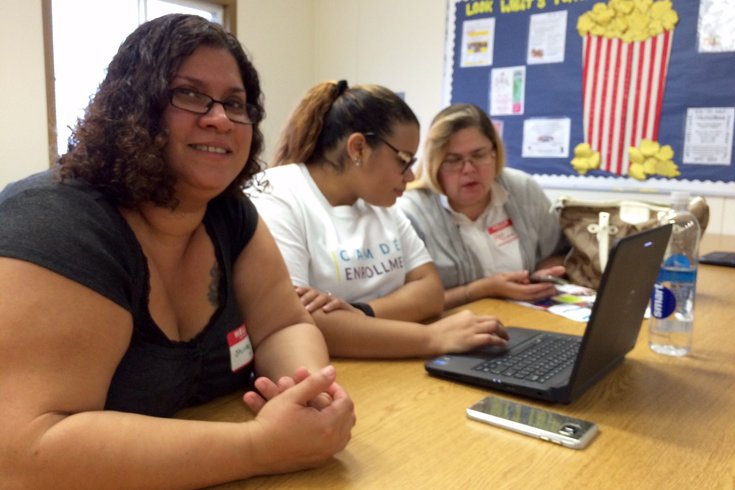 Enrolling a child in a Camden school was daunting in the recent past, but not so for the coming school year.

A one-stop central enrollment process is going into effect for at least 37 schools.

Because the state-run district has a stew of public school options, parents had as many as 17 different school applications to fill out with nine distinct deadline and selection dates.

Concerns such as keeping children within neighborhoods – crossing neighborhood and also gang boundaries are a frequent cause of violence in Camden – and keeping siblings together in one school compounded the problem of selecting a school, Superintendent Paymon Rouhanifard admitted at an announcement Tuesday morning.

Under the plan, district schools, charter schools and the charter school hybrid known as Renaissance schools all will now participate in what is simply called Camden Enrollment.

Now there is a “clear, fair process,” added Kathryn Blackshear, leader of the city’s advisory school board.

Applications will begin January 5 and end March 1. A cell phone or email is needed to apply online, though an application may also be done by phone at 856-536-3999.

Placement notifications will come out in April – in the past some placements did not get announced until July.

Participation is aimed at parents of students entering kindergarten or 9th grade, families new to Camden and also students who are seeking a new school option, but it is not mandatory.

Parents Shirley Irizarry, whose children are students in the third and eighth grades at Freedom Prep Charter School, and Alicia Rivera, who has a seventh grader in a district school, seemed pleased.

Aida Figueroa, the district’s manager for family and community engagement, spent lots of time showing the two moms how to research the school options available for their children.

LEAP University Charter School’s board has yet to agree to the plan. That would bring the number of schools to 38, according to district spokesman Brendan Lowe.