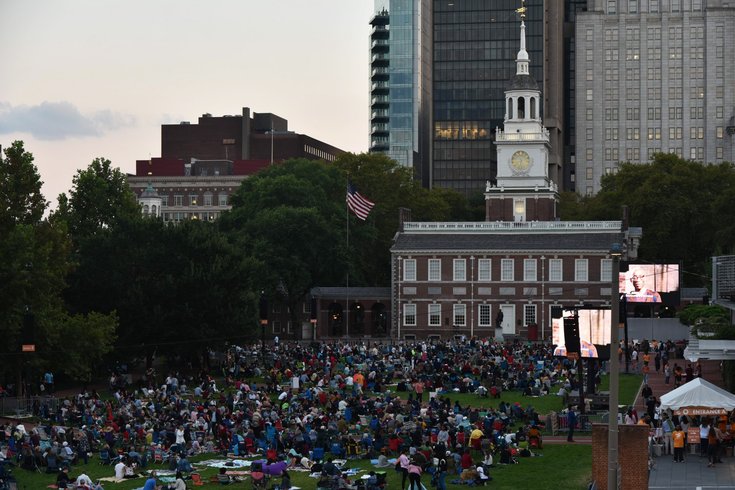 Free tickets to Opera on the Mall will become available Wednesday, Aug. 14, at 10 a.m.

Opera on the Mall returns to Philadelphia's Independence National Historical Park this September.

Opera Philadelphia's revival of Giacomo Puccini's "La bohème" will be broadcast outdoors in HD for free on Saturday, Sept. 14, beginning at 7 p.m.

RELATED: Bring your cameras to this sunflower festival at Hellerick's Family Farm | Details on the 2019 Atlantic City Air Show

The opera was performed at the Academy of Music during last year's multi-day opera festival, O18, so this is a chance for Philadelphians to see it again or experience it for the first time.

Free tickets will be available to the public starting at 10 a.m. on Wednesday, Aug. 14. For the event, attendees are invited to bring blankets, chairs and picnics.

"La bohème" is regarded as one of the greatest love stories in opera. Set in 19th century Paris, it tells the story of how a chance encounter changes everything for Mimì and Rodolfo.

For Opera Philadelphia's revival, the art collections of the Barnes Foundation and the Philadelphia Museum of Art served as inspiration for the production designers.

September's Opera on the Mall will serve as a celebratory kick off to O19, which will feature 12 days of events all over the city.

The operas to be performed during this year's festival are "The Love for Three Oranges," "Semele," "Denis & Katya" and "Let Me Die." The lineup includes a new kind of comedy, myth, tragedy and satire, according to Opera Philadelphia.

Opera on the Mall: La bohème