Why people become vegans: The history, sex and science of a meatless existence 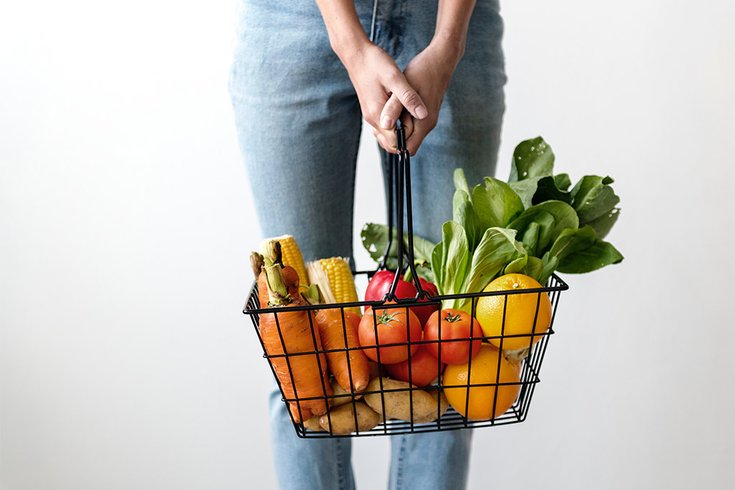 At the age of 14, a young Donald Watson watched as a terrified pig was slaughtered on his family farm. In the British boy’s eyes, the screaming pig was being murdered. Watson stopped eating meat and eventually gave up dairy as well.

Later, as an adult in 1944, Watson realized that other people shared his interest in a plant-only diet. And thus veganism – a term he coined – was born.

Flash-forward to today, and Watson’s legacy ripples through our culture. Even though only 3 percent of Americans actually identify as vegan, most people seem to have an unusually strong opinion about these fringe foodies – one way or the other.

MORE HEALTH: Sesame milk is the new dairy-free milk option on the market

As a behavioral scientist with a strong interest in consumer food movements, I thought November – World Vegan Month – would be a good time to explore why people become vegans, why they can inspire so much irritation and why many of us meat-eaters may soon join their ranks.

IT'S AN IDEOLOGY NOT A CHOICE

Like other alternative food movements such as locavorism, veganism arises from a belief structure that guides daily eating decisions.

They aren’t simply moral high-grounders. Vegans do believe it’s moral to avoid animal products, but they also believe it’s healthier and better for the environment.

Psychologists recently discovered that having a larger variety of pets as a child increases tendencies to avoid eating meat as an adult. Growing up with different sorts of pets increases concern for how animals are treated more generally.

Thus, when a friend opts for Tofurky this holiday season, rather than one of the 45 million turkeys consumed for Thanksgiving, his decision isn’t just a high-minded choice. It arises from beliefs that are deeply held and hard to change.

VEGANISM AS A SYMBOLIC THREAT

The late celebrity chef Anthony Bourdain famously quipped that meat avoiders “are the enemy of everything good and decent in the human spirit.”

Why do some people find vegans so irritating? In fact, it might be more about “us” than them.

Most Americans think meat is an important part of a healthy diet. The government recommends eating 2-3 portions (5-6 ounces) per day of everything from bison to sea bass. As tribal humans, we naturally form biases against individuals who challenge our way of life, and because veganism runs counter to how we typically approach food, vegans feel threatening.

Humans respond to feelings of threat by derogating outgroups. Two out of 3 vegans experience discrimination daily, 1 in 4 report losing friends after “coming out” as vegan, and 1 in 10 believe being vegan cost them a job.

Veganism can be hard on a person’s sex life, too. Recent research finds that the more someone enjoys eating meat, the less likely they are to swipe right on a vegan. Also, women find men who are vegan less attractive than those who eat meat, as meat-eating seems masculine.

It may be no surprise that being a vegan is tough, but meat-eaters and meat-abstainers probably have more in common than they might think.

Vegans are foremost focused on healthy eating. Six out of 10 Americans want their meals to be healthier, and research shows that plant-based diets are associated with reduced risk for heart disease, certain cancers, and Type 2 diabetes.

It may not be surprising, then, that 1 in 10 Americans are pursuing a mostly veggie diet. That number is higher among younger generations, suggesting that the long-term trend might be moving away from meat consumption.

In addition, several factors will make meat more costly in the near future.

Meat production accounts for as much as 15 percent of all greenhouse gas emissions, and clear-cutting for pasture land destroys 6.7 million acres of tropical forest per year. While some debate exists on the actual figures, it is clear that meat emits more than plants, and population growth is increasing demand for quality protein.

Seizing the opportunity, scientists have innovated new forms of plant-based meats that have proven to be appealing even to meat-eaters. The distributor of Beyond Meat’s plant-based patties says 86 percent of its customers are meat-eaters. It is rumored that this California-based vegan company will soon be publicly traded on Wall Street.

Even more astonishing, the science behind lab-grown, “cultured tissue” meat is improving. It used to cost more than $250,000 to produce a single lab-grown hamburger patty. Technological improvements by Dutch company Mosa Meat have reduced the cost to $10 per burger.

Even during the holiday season, when meats like turkey and ham take center stage at family feasts, there’s a growing push to promote meatless eating.

Watson, who died in 2006 at the ripe old age of 95, outlived most of his critics. This may give quiet resolve to vegans as they brave our meat-loving world.