By Thursday, the planet Uranus also should be visible in the night sky 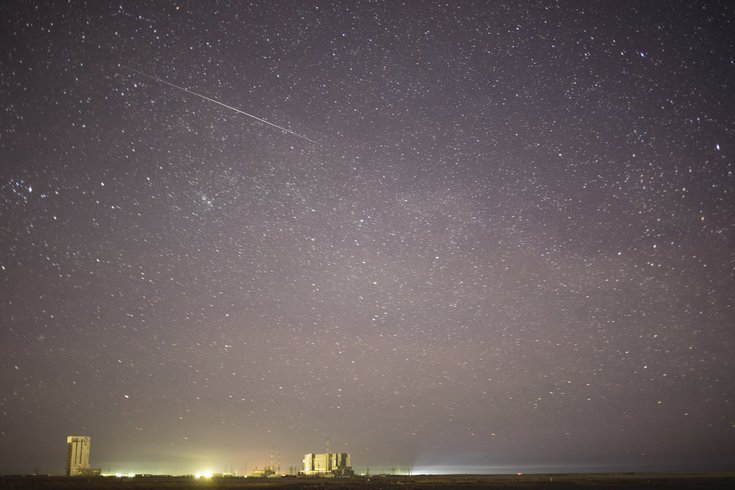 The peak of the Orionid meteor shower might be too difficult to see this week due to the presence of a full moon that could drown out the stargazing spectacle.

The annual Orionid meteor shower is set to peak early Wednesday morning, but stargazers across the Northern and Southern hemispheres might be out of luck this year.

The full moon – which in October is called the Hunter's Moon – will be on display while the astronomical event is at its best, likely brightening the sky and obscuring the visibility of many of the meteor shower's dimmer shooting stars.

Astronomers advise people hoping to view the Orionid to seek out parks and open spaces in rural areas. Light pollution in cities makes conditions more difficult, but for this year's meteor shower, there's no escaping the illumination from the full moon.

Typically, the Orionid results in about 20 visible meteors per hour, but because of how bright the sky will be, that rate will be cut in half, at least, AccuWeather reported.

Those who are undeterred by conditions should go outside after midnight Wednesday. No special equipment is required to see the meteor shower, but it does take about 30 minutes for a person's eyes to adjust to the darkness.

The Orionid's display is the result of the Earth's orbit passing through streams of debris left behind by Halley's Comet, and the meteor shower's name comes from how its shooting stars appear to radiate from the Orion constellation. The shower's origin point is located just north of the constellation, near Orion's sword.

Instead of looking directly at the origin point, where the meteor trails can be more difficult to see, experts recommend looking away from the constellation, which will allow longer streaks of light to become more visible.

If Wednesday morning's bright sky makes it too difficult to spot any meteors, the spectacle still can be seen through early November.

Aside from the full moon, the forecast for the Philadelphia region will be conducive to stargazing. The sky is expected to be mostly clear overnight Tuesday, according to the National Weather Service.

The Orionid meteor shower is considered one of the fastest and brightest because Earth is hitting the stream of particles left behind by Halley's Comet almost head-on, according to Space.com. Orionid meteors hit the Earth's atmosphere at 41 miles per second.

Though these meteors are considered faint, they leave trails behind that last for several seconds after the meteor is gone. Orionids also can become fireballs, which are prolonged explosions of light. The Orionid meteor shower was first spotted in Connecticut in 1839.

While the full moon may obscure the Orionid meteor shower, there will be a glimpse of the planet Uranus in the sky later this week. On Thursday, the planet will positioned just above the waning Hunter's Moon as it rises in the night sky. As its gets darker and the moon and Uranus rise higher, it maybe be visible with the naked eye, but binoculars or a small telescope likely will be helpful.

Moonrise is scheduled for 6:55 p.m. Thursday in Philadelphia. The next best chance to see Uranus after Thursday is Nov. 4, when Earth is situated between the planet and the sun.