Where to stream the 2023 Oscar best picture nominees

'Top Gun: Maverick,' 'Everything Everywhere All at Once' and eight other films are up for the top prize. The winner will be revealed March 12 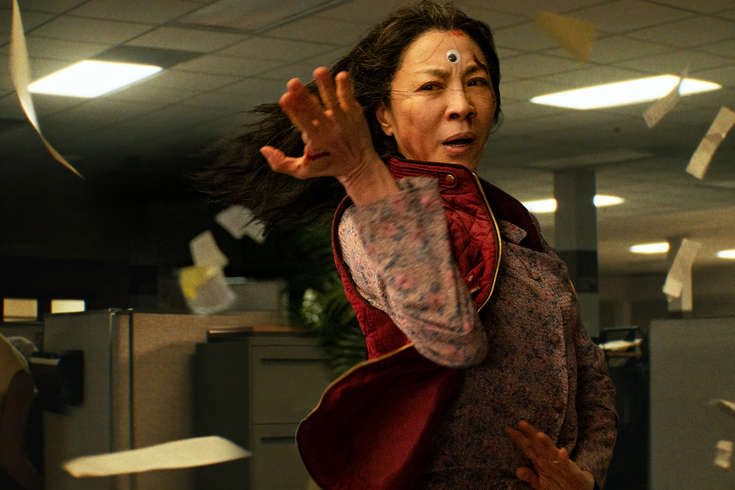 'Everything Everywhere All at Once' landed a whopping 11 Oscar nominations Tuesday, the most of any film. The movie, and most of the other best Picture nominees, are available on streaming platforms.

Allison Williams and Riz Ahmed announced the 2023 Academy Award nominations early Tuesday morning. This year's class is a mix of foreign flicks, biopics and indie hits, alongside the two biggest blockbusters of 2022.

MORE: Questlove's Sly Stone documentary, a follow-up to 'Summer of Soul,' to be produced for Hulu

If you're hoping to catch up before the Oscar telecast on Sunday, March 12, you're in luck — most of the best picture nominees are already available to stream.

Find out where you can watch all 10 films, and what they're all about, via our streaming guide below. We've even included the runtimes, so you can factor in your snack and bathroom breaks accordingly.

'All Quiet on the Western Front'

A new take on the classic Erich Maria Remarque anti-war novel, "All Quiet on the Western Front" follows a teenage German soldier (Felix Kammerer) and his friends through the grueling final years of World War I. The German film has received praise for its stunning visuals and unflinching look at the horrors of war.

'Avatar: The Way of the Water'

Jake Sully, Neytiri and the Na'vi people are back 13 years after they broke box office records around the world. They must once again fight off an invasion of Pandora, only this time, Jake (Sam Worthington) and Neytiri (Zoe Saldana) have help from their kids.

Runtime: 192 minutes Available: In theaters for now — but keep an eye on Disney+

'The Banshees of Inisherin'

Set in the 1920s during the Irish Civil War, this dark comedyfollows two long-time pals Pádraic (Colin Farrell) and Colm (Brendan Gleeson) going through a friend break-up. Their feud escalates into bizarre blowouts felt throughout their tiny seaside town, as multiple characters weigh what they want out of life.

'Everything Everywhere All at Once'

What begins as the simple story of a middle-aged mom struggling to connect with her family explodes into a genre-bending quest to save the world. When Evelyn Wang (Michelle Yeoh) discovers different versions of herself exist across the multiverse, she must tap into all of them to stop a malevolent force and repair her relationships with her queer daughter (Stephanie Hsu) and estranged husband (Ke Huy Quan).

Steven Spielberg gets semi-autobiographical in this coming-of-age tale of a young aspiring filmmaker and his family. Set in the late 1950s and early 1960s, "The Fabelmans" grapples with depression, ambition, bigotry and heartbreak — all fuel for the director's later blockbusters.

Runtime: 151 minutes Available: In theaters or as $19.99 rental on Prime, YouTube, Vudu or Apple TV

Lydia Tár (Cate Blanchett) is the toast of the classical music world, but her carefully constructed world starts to unravel as her past indiscretions and cruelty come to light. "Tár" is a slow burn that builds to a dramatic conclusion, just like those Mahler pieces that dominate the score and story.

A new "Top Gun" movie can mean only two things: Tom Cruise is going to fly some planes, and he's going to ignore anyone who tells him to slow down. In this late-arriving sequel, Maverick returns to his old stomping grounds to guide his dead partner's son (Miles Teller) through a dangerous mission.

One of many recent eat the rich comedies, "Triangle of Sadness"strands a bunch of wealthy vacationers on an island, where they must fight for survival after their yacht capsizes.

Based on a true story, "Women Talking" takes you inside a small Mennonite community in Bolivia. It's harboring a terrible secret, one that's been kept even from its victims. When it's finally revealed, the ensuing grief and anger shakes the old-world community to its core.

Runtime: 104 minutes Available: In theaters for now — but keep an eye on Prime