Keystone exams won't be part of high school requirements until 2019 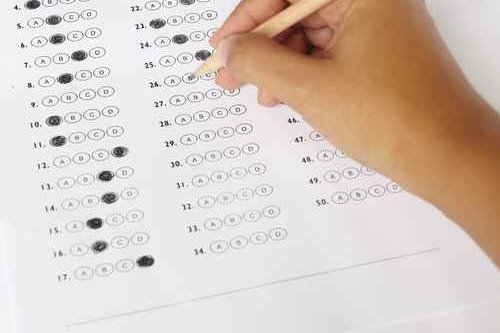 Passing the Keystone Exams won't be a high school graduation requirement until 2019.

So many students are failing the Keystone Exams that Pennsylvania has delayed making them a high school graduation requirement.

“While we should have high academic and educational standards in the commonwealth, there have been issues with the implementation of the Keystone exams, which is why I am signing a bill to delay their use as a graduation requirement,” said Wolf in a statement.

Significant numbers of students failed one or more of the three exams in biology, literature and algebra, forcing schools to offer supplemental instruction or offer the students an alternate "project based assessment" (PBA) in place of the test.

"Both Supplemental Instruction and the administration and scoring of the PBAs are expensive and time-consuming and the high volume of students in the Supplement Instruction/PBA pipeline is overwhelming the capacity of both [Pennsylvania Department of Education] and school districts to respond," the governor's administration wrote.

Students started taking Keystone exams in 2011, according to The Notebook. They're based on Common Core standards that Pennsylvania adopted in 2010.

In Philadelphia, only 38 percent of students scored 'proficient' on the algebra test.

The bill also requires the Department of Education to research and present a report on alternative graduation requirements within six months.