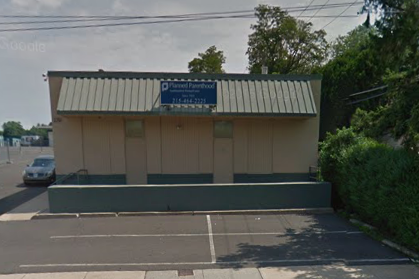 As the contentious national debate over public funding of Planned Parenthood continues in Washington and states around the country, a pro-life news organization has called attention to an August report on Pennsylvania state inspections of two Planned Parenthood abortion facilities in Philadelphia.

The reports, published on the website of the Pennsylvania Department of Health, discovered unsafe and unsanitary conditions at Planned Parenthood’s Far Northeast and Locust Street Health Centers, Life News reports.

At the Locust Street abortion facility, inspectors found "multiple darkened stains" on bench nearby where patients wait to have their height and weight measured. A carpet in the recovery area of the facility also had dark stains, according to the inspection report.

Both facilities were found to contain improperly sterilized equipment, including wraps and pouches with wet stains and syringes and needles removed from sterile packaging. At the Far Northeast Location, cleaning brushes were not being sterilized.

In a report from an August 13 inspection, both facilities were found to be improperly storing human pathological waste in unsanitary locations, including a janitor's closet and undated bags, in violation of the state's requirement that such materials be "refrigerated, frozen, submersed in a proper preservative solution, and transported to a hospital, laboratory, or incinerator on a regular basis for disposition."

The report comes more than two years after "house of horrors" abortionist Kermit Gosnell was convicted of murdering three newborn babies and contributing to the death of one of his female patients. Gosnell was sentenced to life in prison without parole.

Planned Parenthood, which receives roughly $500 million annually in federal funds, has been placed under intense scrutiny following the publication of a series of videos that claim to show doctors from the organization discussing the illegal sale of fetal tissue.

Cecile Richards, president of Planned Parenthood, denies that the organization has received any compensation for fetal tissue. The non-profit organization has pledged to spend at least $20 million in the 2016 election to fight against Republicans who want to defund the group.

The following video was released by Planned Parenthood as part of the organization's information campaign.