Expert: 'Most sexual abusers walk through our front door and we hand our children to them' 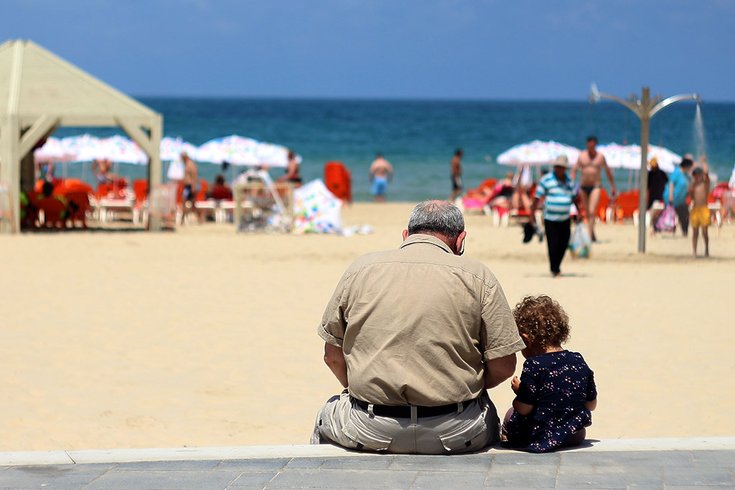 We all have it. When it comes to intuiting danger, it’s the “uh-oh” feeling in our gut. It’s the “worried feeling” in our belly. We don’t need a reason to feel a negative intuition about something or someone. Indeed, it is easy to reason our way out of listening to our inner knowing. Nonetheless, if we are quiet and pay attention, the gnawing feeling that something is askew, not right, remains.

According to Feather Berkower, founder of Parenting Safe Children, intuition is our “brilliant alarm system” and we do a “tremendous disservice to ourselves, and our children, when we deny it.”

Berkower, co-author of "Off Limits: A Parent’s Guide to Keeping Kids Safe from Sexual Abuse" has spent decades of her life studying the patterns and behaviors of sex offenders who prey on children. She leads workshops around the United States for religious institutions, schools, and community centers. Routinely, parents whose children have been sexually abused or harmed will state: “I knew something was off. I should have listened. I knew it.”

Berkower's aim is to help parents listen to their intuition before harm occurs.

“One of the worst fears a parent has for a child, outside of the death of her or his child, is sexual abuse,” Berkower says. Despite this, following the guidance of one’s intuition on this point isn’t easy.

We often ignore our intuitions because we are afraid. Who wants to acknowledge that something may be terribly amiss, especially about a person that we may like or love? According to Berkower, sexual offenders are often, on the surface,“the most likable” of people. They are our babysitters, family members, church leaders, coaches and teachers. “Strangers” commit a small percent of sexual abuse against minors. According to the Rape, Abuse and Incest National Network, 93 percent of juvenile victims knew their perpetrator in sexual abuse cases reported to law enforcement.

Intuition can give parents both the information needed and, if we let it, the courage to voice concern – hopefully deterring even the most charming of offenders from acting out.

As parents, our bodies react when we observe other adults or teens interact with our children. Sometimes these reactions are trying to tell us something that is very hard to hear. Perhaps we watch as a relative or friend sits our child on his lap – and something inside doesn’t feel right. Our gut tightens. A warning light within flips on. But instead of inquiring, speaking up, and honoring our inner guidance, we too often push it down. We don’t want to offend or wrongly assume someone has ill intent. After all, we could be wrong. In fact, we want to be wrong. And what if a parent or a parent’s new partner is hurting a child? The “consequences of listening to one’s intuition” can be horrible.

Nonetheless, listen we must – because not listening is even worse.

'THE INNER VOICE IS WISE'

In his best-selling book, "The Gift of Fear and Other Survival Signals that Protect Us from Violence," Gavin DeBecker describes intuition as a “brilliant internal guardian” warning us of risky situations and hazards. “The inner voice is wise,” he continues, arguing that intuition is “always right” in “at least” two ways. One, intuition has our best interest at heart. Two, it is a clear response to something that we would be wise to face.

What might it look like when a parent listens to, and then acts upon, her or his intuition?

Consider the following composite story to illustrate such a scenario:

Marla attends a small church in western Pennsylvania. She is a widowed, young mom and has a 7-year-old daughter named Julie.

Ralph, an elderly, married man in church, has taken a liking to Julie. On Sundays, he routinely brings presents to the young girl. Ralph singles Julie out as “one of his favorite” members of the congregation. He goes out of his way to frequently hug her and hold Julie’s hand.

Marla feels confused by the effusive attention directed toward her daughter. On one hand, she wants Julie to have a healthy father (or grandfather) figure in her life and Ralph is a beloved member of their church community. People look up to him. He’s funny, smart, and quite handsome in his later years. On the other, Ralph’s presence around her daughter makes her stomach tighten. She doesn’t like watching Ralph touch her daughter, but she just can’t figure out why.

One day during a church potluck, Ralph invites Julie to sit by him on a nearby couch. Julie is happy to do so. Marla watches her daughter from the corner of her eye – her brow furrowed.

As they sit near each other, Ralph lays Julie down on the couch and tickles her. Marla watches her daughter laugh uncontrollably and kick her legs against Ralph while he rubs his fingers on her stomach over and over again. Marla notices her own stomach is very tight.

Are these behaviors “red flags” she needs to pay attention to and address? Yet, everyone at church adores Ralph. Surely, nothing nefarious is happening. So, why is there such a huge knot in her belly?

What is going on?

In her interviews with sex offenders in prison, Berkower learned that offenders often touch children, in non-sexual ways, in front of the child’s parent to see how the parent responds. In fact, the “grooming process” often begins with lots of massage, touching, wrestling, tickling, etc. In her online, self guided workshop for parents, Berkower teaches that offenders often have “a pattern of and an obsession with” touching the child in a non-sexual way, at first. The purpose of this is “to desensitize the child’s body so touch from this person feels normal.” Abusers often do this right in front of other adults, even parents, to see if anyone speaks up or feels uncomfortable.

“Abusers look for red or yellow lights," Berkower notes. "If a child says no and more importantly, if an adult speaks up when observing this kind of touch, many offenders will stop.”

It’s not easy to speak up, even when our intuitions compel action. We know these “offenders.” They are so often within our family and friendship circles. Yet, speaking up can deter abuse and can help make it clear that our children are “off limits.”

How do we do this?

Let’s return to the composite story of Marla.

Marla is right to note that Ralph’s behaviors should stir concern. Outside of the gnawing sense inside her that something is wrong, Ralph demonstrates clear “red flag” behaviors of concern outlined in Berkower’s work . Giving a child “special” treatment, gifts, frequent non-sexual touching, and requesting time to be with the child (especially alone) are well-known grooming tactics. But very few would suspect Ralph of being a sex offender. Like most sex offenders, he has no criminal record. Yet, like most sex offenders, he is “purposeful and calculated” in the children he chooses to groom. According to Berkower, the grooming process can “take years” and offenders “live double lives and very often have a charming public persona.”

Marla has a few choices. She could find a new church and disengage from contact with Ralph completely. She could ignore her body’s increasingly strong alerts that something is wrong. She could talk to church leaders about her observations. She could also talk to Ralph in a way that affirms the conversation will be uncomfortable, calmly detailing the concerning behaviors she has seen, and clearly requesting these behaviors stop – now.

“Ralph,” she says one day after church service. “There are a few things I’d like to talk with you about Julie. Do you have time?"

“I imagine this will be uncomfortable to hear but I hope you know I speak from a place of compassion and concern.”

"I see you giving Julie a lot of attention and singling her out from the other children," Marla continues. “You give her gifts. You speak about her as one of your ‘favorite’ people in our church. I notice you like to hug her, have her sit on your lap and I watched as you tickled her on the couch during last week’s potluck.

"In our family, we don’t single children out like this and it makes me very uncomfortable. I ask you stop bringing my daughter gifts. I want you to stop touching her or tickling her."

“I didn’t mean to offend you,” Ralph states. His voice shakes.

“I hear you,” Marla replies. “I appreciate you listening to me and taking my concerns to heart.”

In her interviews with convicted sex offenders, Berkower learned that most offenders report “their greatest fear” is having someone call them out on their grooming behavior and this can be “a huge deterrent.” Intuition is the prerequisite experience to speaking up. Intuition can give parents both the information needed and, if we let it, the courage to voice concern – hopefully deterring even the most charming of offenders from acting out.

In conclusion, Berkower offers a searing observation: “Most sexual abusers walk through our front door and we [unknowingly] hand our children to them.”

Yet, they don’t walk through our doors without our body noticing – and setting off an internal alarm. While we “inadvertently increase our children’s vulnerability” to sexual abuse when we ignore our instincts, we also can choose to improve our children’s “off limit” status as we listen to our intuition and honor its wisdom.