'You disgust me' – examining the impact of verbal abuse on children 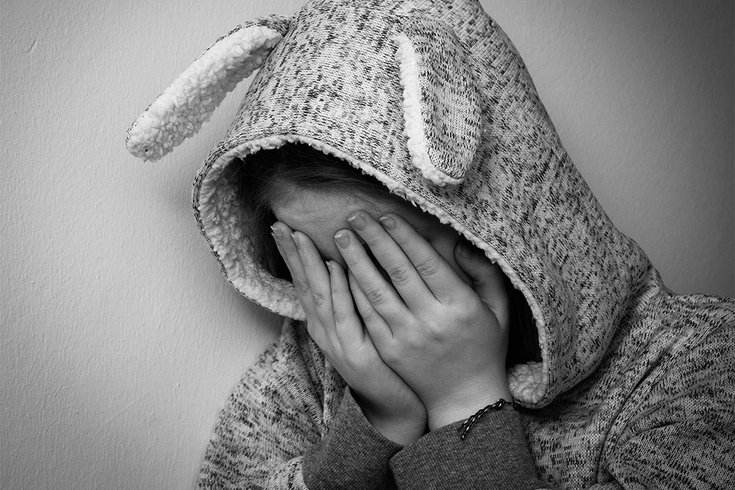 Linda’s heart races. She begins to sweat. Looking down at her phone, a familiar knot grips her guts. Compulsively, she reads the text message again.

“You are truly pathetic.”

It is a message from her mother.

Linda and her mother are meeting for breakfast. Yet, Linda inadvertently gave her mother the wrong street address. Her mother is now lost, unable to find her way.

“So sorry mom,” Linda quickly replies. From childhood she has learned to bypass her own feelings – to soothe her mother’s troubled soul. Even now, as a 30-year-old woman, she is pulled into this familiar role. “I’ll text you the directions right way.”

As Linda pulls up the restaurant’s website and forwards the correct directions on her phone, her mother’s reply comes in.

Linda (a composite character drawn from real stories of multiple people) has heard these three words countless times over the course of her childhood. She was often scolded because her actions were “so embarrassing.” She was routinely criticized for how she presented herself both in private and in public. Only when her mother was out did she feel like she could breathe freely in her childhood home.

Not surprisingly, Linda internalized a worldview that left her self-image in tatters. Perhaps this is why she was constantly drawn into dead-end sexual relationships, to married men or those unwilling to commit. She had also come to experience verbal abuse as normal.

This is the most insidious impact of verbal abuse on children – they come to regard such abuse as par for the course, as the modus operandi of one’s intimate and familial life.

While verbal abuse – characterized by swearing, insults, spiteful words, gaslighting, and threats – does not leave physical scars, its impact is significant. In fact, a recent study conducted at the University of Limerick revealed that witnessing parents verbally abuse each other is more damaging “in the long term” to children than witnessing physical abuse between parents.

When the ugliness of verbal abuse is directed at children themselves, they are much more likely to suffer disorders like anxiety and depression as adults. Why? According to an overview of a Florida State University study: “Over time, children believe the negative things they hear, and they begin to use those negative statements as explanations for anything that goes wrong.”

Linda spent much of her childhood trying to please. Suffering from years of irritable bowel syndrome (IBS), she hid her physical and emotional discomfort and pain while putting on “a happy face” for her mother. She learned to silence her own interests and needs, always putting her mother first. Maybe then she will be kind. Maybe then she will love me.

According to psychologist Linda Martinz-Lewi: “The child who must forfeit his authenticity to survive is the adult filled with rage.”

Linda’s rage isn’t obvious in her waking life. But consult her dreams and one will find a cacophony of screaming, fighting, running, racing for safety and encounters with madmen intent on murder. Linda wakes frequently and suffers from insomnia.

A consistently activated stress response wrecks havoc on one’s emotional and physical well-being. What one person may experience as a slight can trigger a profoundly disproportionate response in another whose body is primed with fight or flight chemicals ready for action.

In fact, it was the insomnia and night terrors that inspired her general practitioner to gently suggest therapy, in addition to prescription sleep aids.

It was only in therapy, for the first time, that Linda began to connect the dots of her life and link the constant stream of verbal abuse to her maladies. Such links are no longer regarded as purely narrative or theoretical. Indeed, the study of adverse childhood experiences (ACEs) clearly reveals that the state of a person’s childhood profoundly impacts her or his health, literally rewiring how the body expresses its genetic code.

Author of “Childhood Disrupted: How Your Biography Becomes your Biology, and How You Can Heal,” science journalist Donna Jackson Nakazawa explains:

“When the young brain is thrust into stressful situations over and over again without warning, and stress hormones are repeatedly ramped up, small chemical markers, known as methyl groups, adhere to specific genes that regulate the activity of stress‑hormone receptors in the brain. These epigenetic changes hamper the body’s ability to turn off the stress response. In ideal circumstances, a child learns to respond to stress, and recover from it, learning resilience. But kids who’ve faced chronic, unpredictable stress undergo biological changes that cause their inflammatory stress response to stay activated.”

A consistently activated stress response wrecks havoc on one’s emotional and physical well-being. What one person may experience as a slight can trigger a profoundly disproportionate response in another whose body is primed with fight or flight chemicals ready for action. As Nakazawa summarizes: “Experiencing stress in childhood changes your set point of well-being for decades to come.”

Yet, there is good news.

While one cannot travel back in time to unravel the hurt done by damaged and personality-disordered parents, one can move forward mindfully. The negative impact of verbal abuse on children need not fully determine their destiny. In fact, according to Nakazawa, “the most important take away from ACE research” is that we can rewire the brain and connect areas that were disconnected or never linked in the first place. We can “reset our stress response so that we decrease the inflammation that makes us ill.”

For example, Florida-based Amanda Heisman, a certified holistic health coach, emphasizes this good news in her work daily. “People come to me with IBS for example,” she states, “and then we go deeper. We encounter the first step in healing which is the basic acknowledgment that physical maladies are often tied to childhood experiences. This knowledge in itself is empowering.” Heisman offers her clients guided inner child meditations. (One can view an example of her work here.)

Linda has learned to close her eyes and revisit her childhood. She sees herself as a young girl with a frozen smile and hurting tummy. She sees herself trying to fix and please. And today, she embraces that girl in her mind. She tells her younger self that she is loved. She tells her that she, as an adult, will protect her. She affirms her inner child’s beauty, strength, and worth.

Then, after some time has passed and her heart rate is steady, Linda has learned to send this reply:

“Mom, your text message is inappropriate. When you are ready to treat me respectfully, we can meet for breakfast.”

And the little girl within is no longer afraid.