Parks for the People

Philadelphia is on a mission to convert its dilapidated open spaces into green, safe havens one park rehabilitation project at a time.

The program, which is called the Parks for People–Philadelphia, is operated under the umbrella of the national Trust for Public Land and the city of Philadelphia’s Green2015 initiative. Its goal is to create suitable green spaces within a 10-minute walking distance of every home in the city.

To make it happen, it has targeted nine public schoolyards and recreation centers in need of some TLC.

"One in eight Philadelphia residents does not have access to a public park or green space within a 10-minute walk from home." - Green2015.

“Our [selected] sites in Philadelphia are focused primarily on underserved areas and areas that haven’t been invested in in a long time in a substantial way, and we selected sites that really needed improvements and had dense communities around them,” Danielle Denk, program manager at Trust for Public Land told writer Kristen Gillette of Generocity. 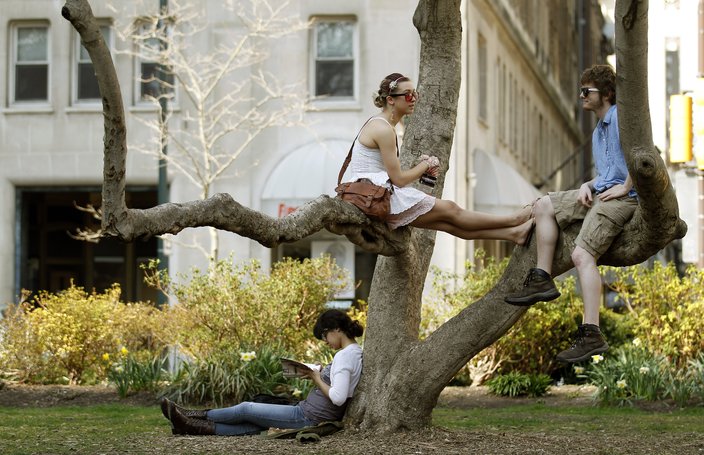 An independent study commissioned by Philadelphia Parks & Recreation in preparation for the project found one in eight city residents don't have access to a public park or green space within a 10-minute walk of their homes.

Two of the nine parks have been completed, including Hank Gathers Recreation Center and William Dick Elementary School in Strawberry Mansion section of the city.

Read more on the program here.