How residents and others are creating their own urban oasis 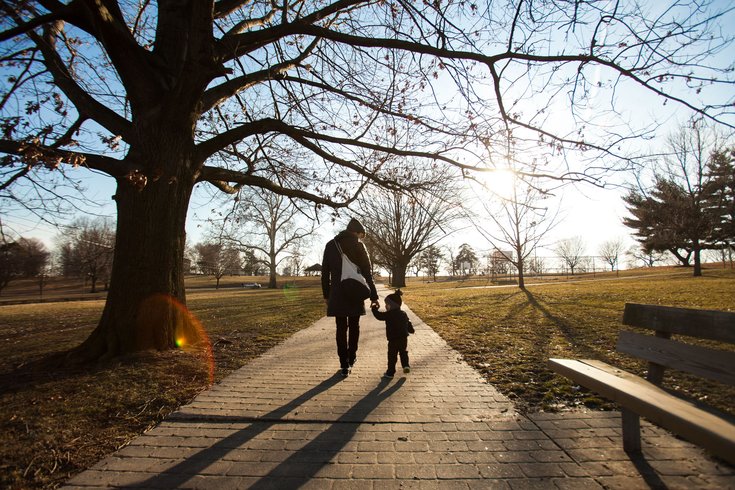 Felix and his mother Carly Maurer Kaufmann go on an adventure to Lemon Hill's playground.

Janet Finegar spent the first sunny day of spring in her happy place: kneeling in the soil of her garden plot at Liberty Lands Park in Northern Liberties, pulling weeds with her back hunched over and aching as she dreamt of the zucchinis and tomatoes that will soon fill the space.

“It’s a labor of love,” said Finegar, speaking both of her vegetable garden – one of the 37 community garden plots maintained by Northern Liberties residents -- but also Liberty Lands Park as a whole, which is funded and maintained entirely by civic-minded community members, such as herself.

“If anyone ever asks what I’ve done with my life, I can point to this,” said Janet Finegar, Liberty Lands Park coordinator with Northern Liberties Neighbors Association.

Finegar is the park coordinator with Northern Liberties Neighbors Association. She explained how the two-acre park came to be, saying that the neighborhood association acquired the “rubble strewn lot” in 1999 and turned it into the urban oasis it is today.

“If anyone ever asks what I’ve done with my life, I can point to this,” she said, adding that in her view, the Northern Liberties neighborhood’s resurgence is a direct result of the park project.

Liberty Lands Park is one of 4,500 vacant lots in Philadelphia, totaling over 7.8 million square feet, that were greened from 1999-2008, with more having sprouted since, popping up like dandelions in the uninhabited cracks throughout the city.

Sandwiched between city skyscrapers and brownstones, where former factories and vacant lots sat not long ago, pocket parks have become part-gathering space, part-hideaway, offering a respite from the hustle and bustle of urban life and a solution to urbanites who want to live in the city but crave a slice of open space and are willing to both plan and pay for it.

To celebrate the end of a too-long winter and give a ‘warm’ welcome to spring, below are some of our favorite pocket parks in Philadelphia. 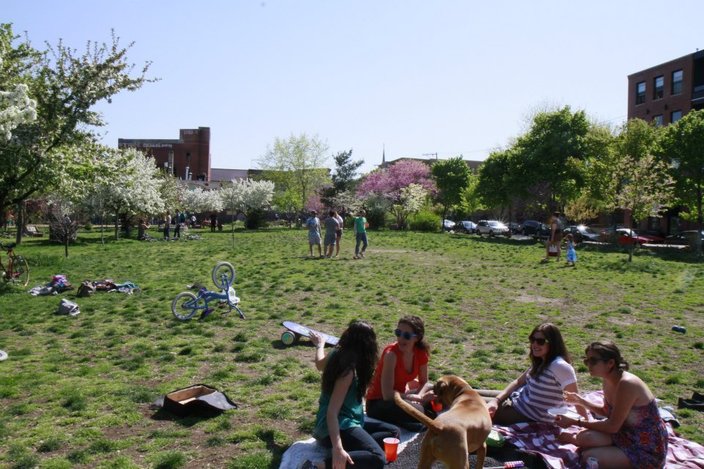 Let's start with this: On Thursday evenings in the summer, Sister Cities hosts Pairings on the Parkway, a night of BYO beverages and live music for the over 21, young-at-heart crowd. 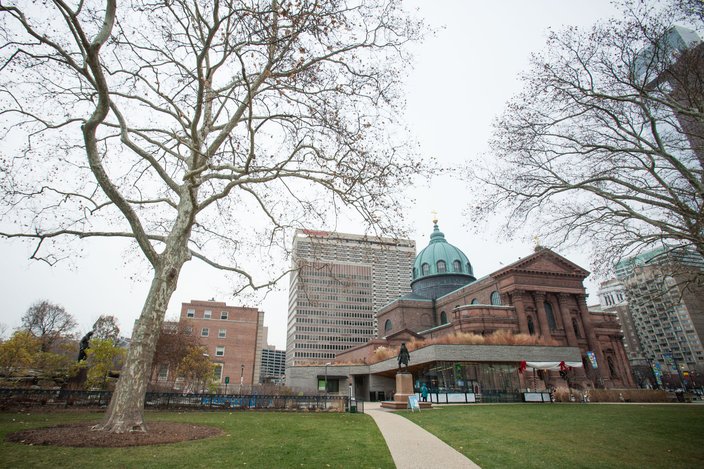 But the park offers playtime opportunities for the pint-size, too, from 10-geyser fountain to a boat pond, Children’s Discovery Garden and cafe.

Sister Cities Park is located on Logan Square at the midpoint on the Benjamin Franklin Parkway between City Hall and the Philadelphia Museum of Art at the center of the the city's notable arts and cultural district.

Sister Cities Park is managed and maintained by the Center City District.

A coveted respite insulated by the hustle and bustle of University City, Clark Park is a leafy oasis and prime locale for people watching.

Visitors to the 9-acre park are a reflection of the area's diversity. 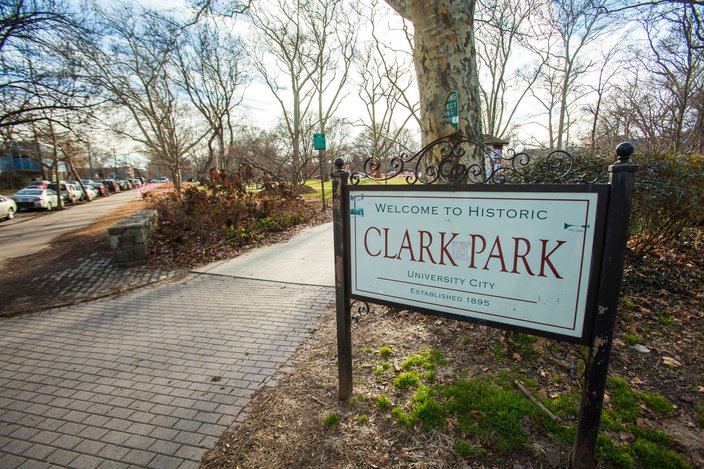 Stroll through the park on a nice day at noon and you will see students and young professionals talking into iPhones and eating artisan sandwiches, young families and lovers sprawled out on blankets staking claim to their few feet of grass and professional hobos holding signs and serenading passersby.

Clark Park, overseen by a neighborhood friends' group, also hosts many events throughout the year, including a year-round farmers markets, craft fairs and community cookouts. 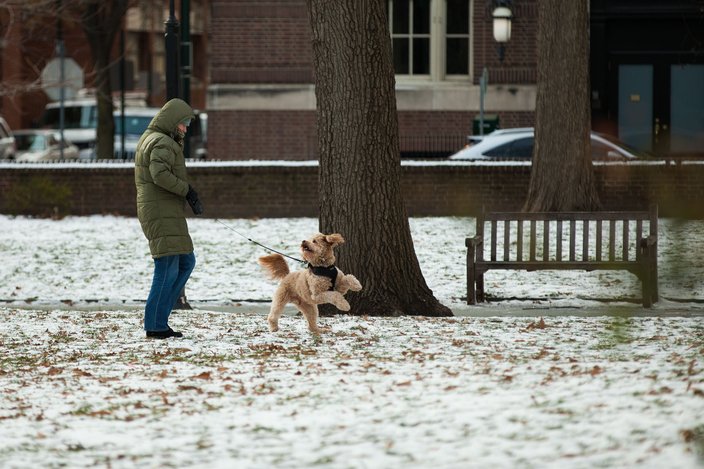 A second cousin to famed Rittenhouse Square, Washington Square was also one of Philadelphia's five original squares as laid out in 1682 by William Penn's surveyor, Thomas Holme, and marked for a public park, but was later claimed as a burial ground for victims of the 1793 yellow fever epidemic, African-Americans and troops from the Colonial army who died during the Revolution.

The square is also home to the Tomb of the Unknown Soldier, the sole monument erected in memory of soldiers who fought in the American Revolution, built in 1954 and features an eternal flame and a statue of George Washington as he gazes toward Independence Hall, as well as a famous sycamore tree sprouted from a seed that went on a trip to the moon and back. 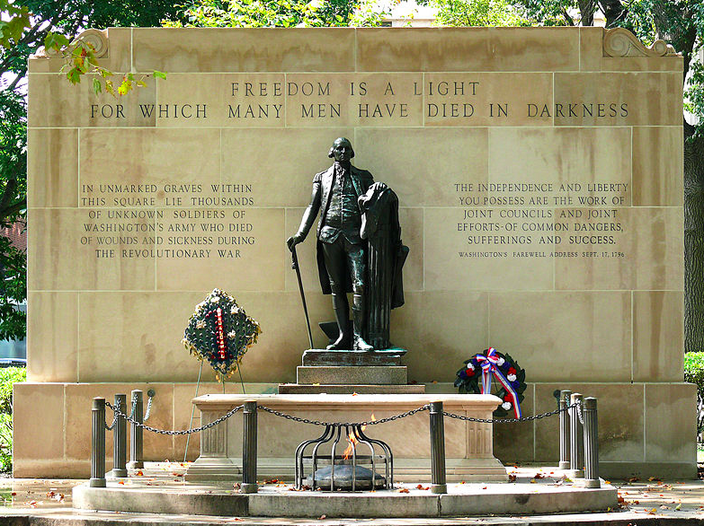 The National Park Service, which oversees the park, cares for the moon tree, which in 2011 was replaced with a clone grown by Morris Arboretum of the University of Pennsylvania.

Washington Square is located between Walnut and 6th streets.

Talk about a view: With the Center City skyline to the south and the Schuylkill River to the west, this hill top haven is perfect place for leisurely outdoor fun. 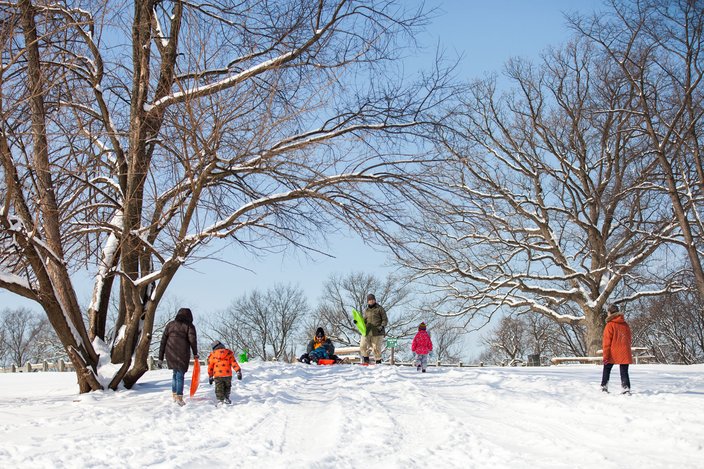 Take a hike, picnic, tour the historical Lemon Hill mansion and its grounds.

A working carousel, miniature golf, a fountain, an indoor meeting space and a variety of shaded and sun-soaked seating options, Franklin Square, run by Historic Philadelphia Inc., a nonprofit, greatly surpasses the expectations of a park. 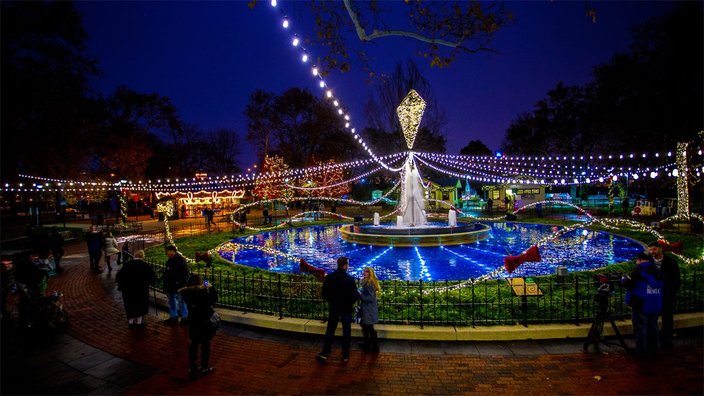 In fact, Franklin Square (pictured above), located at 6th and Race streets, across from the National Constitution Center, was recently named one of the top five playgrounds in the United States by Yahoo.com.

If your favorite pocket park was left off this list, please leave it in the comments. We promise to keep it our little secret!