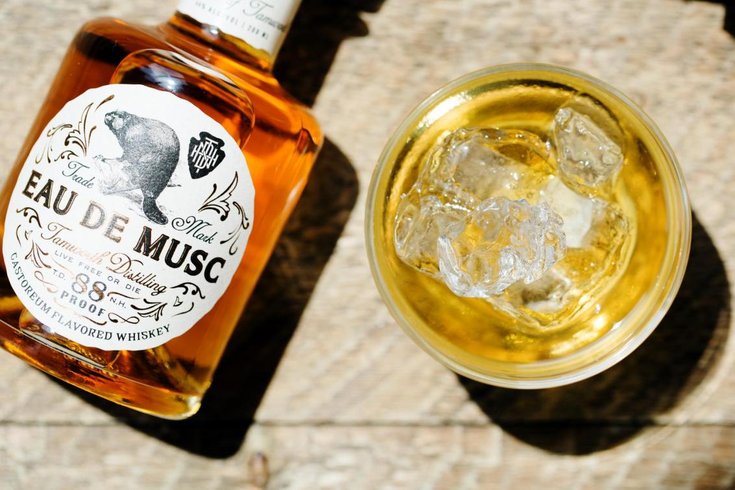 Paul Rosolie is a naturalist, explorer, author and award-winning wildlife filmmaker. For the past decade, he has specialized in threatened ecosystems and species in countries like Indonesia, Brazil, India, and Peru.

Remember the snake charmer from the 2014 Discovery Channel’s special, “Eaten Alive?” He was so wooing, he wasn’t eaten alive at all.

The star of that show, Paul Rosolie, came to Philadelphia this week to explain why – sort of.

Rosolie was at International House on Wednesday to share his experiences in protecting wildlife in the Amazon rainforest and in southern India for a presentation he called "Rewilding the World." He discussed his close encounters with anacondas, tigers, jaguars, elephants and native tribespeople. For the past decade, he’s focused his efforts on raising awareness of the risks facing endangered species in places like Indonesia, Brazil, India and Peru, and how humans have threatened their natural ecosystems.

But two years ago, Rosolie became the center of Internet speculation when his much-hyped Discovery Channel special, “Eaten Alive,” portrayed him as quite the opposite.

The special focused on Rosolie’s expedition through Peru’s Amazon rainforest in an effort to locate and film what he believed to be the world’s largest anaconda. The mere title of the program purported to have Rosolie “eaten” by the great snake, leaving many who tuned in disappointed when he emerged from the adventure alive and well.

As a naturalist, explorer, author and filmmaker of the wild, Rosolie, 29, has had his brushes with death.

In his new book, "Mother of God: An Extraordinary Journey into the Uncharted Tributaries of the Western Amazon," he describes the jungle as "a giant meat grinder," and battling for survival with its inhabitants akin to a "cage fight in murderers' row."

But to his audience at International House Wednesday, Rosolie wanted to send a deeper message about the environment and the world at large.

“If something’s not done, we’re going to start losing some of the most important species on our planet,” Rosolie told PhillyVoice during a sit-down beforehand.

“I’m here to talk about how quickly we’re losing species and what we can do to protect species.

“You look at history. Civilizations rise and fall. Even something like WWII, which the whole world had to focus on this one problem – but it pales in comparison to what we’re dealing with right now. We’re undermining nature’s ability to provide for us by taking our species like elephants – we’re polluting rivers. We’re limiting human prosperity and also having no consideration for the fact that we’re just one species out of very many on earth. More people need to wake up to climate change and species loss. The time is now.”

Rosolie says he has no politics.

“Because a tiger can’t put on a suit and come to Philadelphia and talk to people, I do it, because otherwise they’re just going to keep getting destroyed.”

Asked his scariest encounter in the wild, Rosolie said it would have to be when he “rode” on the back of a 25-foot anaconda through a swamp in the Amazon. That time he faced off with a tiger? That was nothing, he says. As for life lessons?