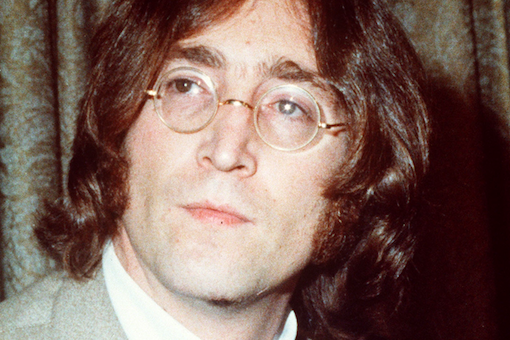 Thursday marks 36 years since Beatles legend and world icon John Lennon was shot to death outside his apartment on the Upper West Side of Manhattan.

In ways big and infinitesimally small, Lennon's influence on music, politics, pop culture and celebrity remains as alive to younger generations as if they had been there for height of Beatlemania.

Lennon's legacy in Philadelphia includes a curious episode that dovetails with the city's own media history.

In May of 1975, after Lennon had launched his solo career, he took an Amtrak train from New York City to Philadelphia to raise money for the Helping Hands marathon, sponsored by then-local television station WFIL. Photos from Lennon's visit are collected online at a pair of fan sites dedicated to the Beatles and the history of the marathon.

The best moment to come out of Lennon's time in Philly was his appearance as a "meteorologist" on WPVI, a memory recounted below by longtime Philadelphia news anchor Larry Kane. (Curiously, as a 21-year-old reporter, Kane managed to accompany the Beatles for the entirety of their first U.S. tour in 1964).

You've got to watch out for those northwest winds.

Lennon was 40 years old when Mark David Chapman took his life. In a Facebook post Thursday morning, widow Yoko Ono took the occassion to call for peace in a country that has been ravaged by gun violence ever since.