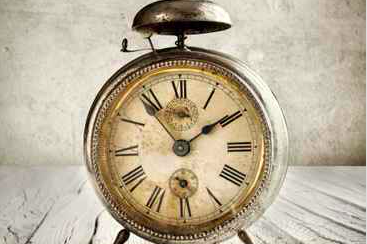 A research team at the University of Pennsylvania has successfully restored memory formation in sleep-deprived mice, unlocking clues to a genetic process that could eventually help treat the cumulative effects of mental fatigue.

The study, led by Biology professor Ted Abel and postdoctoral researcher Jennifer C. Tudor, stems from larger concerns about the effects of sleep deprivation on learning and memory. Participating researchers observed that insufficient sleep interferes with protein production in the hippocampus, a region of the brain crucially linked to relationships between memory, learning and emotion.

After previous lab research determined that memory storage during sleep is dependent on protein synthesis, scientists devised an experiment to increase the expression of a gene involved in the regulation of that process in mice. By injecting the mice with the antibody to a compound that tags all newly formed proteins, the research team was able to test the effects on two groups, one given sound sleep and another whose slumber was interrupted.

The group that was left alone to sleep a normal 12 hours had significantly more tagged proteins than the group that was deprived five hours of sleep. To rouse the mice, researchers either tapped on the cage or played with them.

As a next step, the research team identified a molecular pathway in the hippocampus responsible for the decline in protein synthesis. To compensate for this deficit, a viral vector was used over a three-week period to deliver affected genes to neurons in the hippocampi of the sleep-deprived mice.

When those mice were put through the same sleep-deprivation ordeal, another examination of their hippocampi found restored protein synthesis. Several behavioral tests meant to "exploit the mouse's preference for novelty" also showed that the experiment prevented memory deficits.

The mice were placed in boxes with a specific arrangement of objects and removed after a period of exploration. They were then returned to the box — with and without enough sleep — and presented with a slightly new arrangement. If the mice fixated their attention on the changed feature, it was an indication that they remembered the old set-up.

“What this suggests is that there are proteins that we need in order to create a memory,” Tudor said. “As a next step, we’re going to identify those proteins that are actively being translated—or not—with sleep deprivation to see if we can catch them in the act and know which ones are most critically affected by sleep deprivation.”

Abel, the study's senior author, said the research isn't immediately translatable to human beings, but it "lays a groundwork" for identifying the proteins impacted by sleep deprivation.

“This also provides a hint about the function of sleep to drive protein synthesis and the strengthening of memories."

The full study, published in the April issue of Science Signaling, can be accessed here.