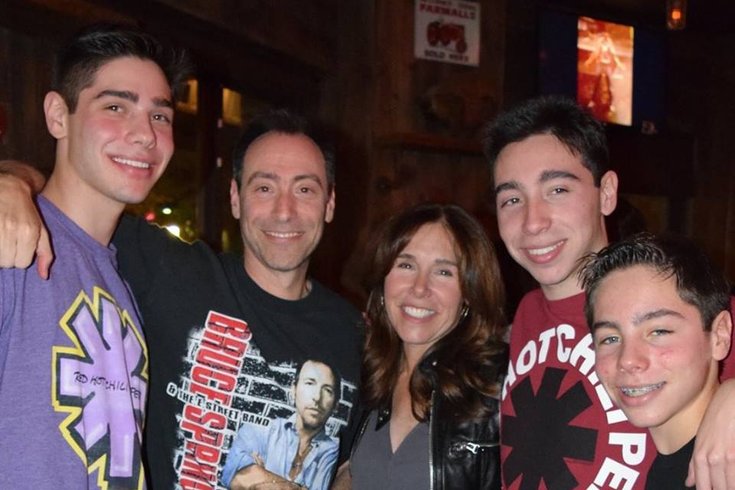 A University of Pennsylvania student and his family were among 12 people killed on a flight to Costa Rica's capital that crashed shortly after takeoff on Sunday afternoon.

William Steinberg, reportedly a freshman at the university, was traveling with his family while on vacation in the country, according to reports in The New York Times and on social media.

Bruce and Irene Steinberg died in the crash along with sons William, Zachary and Matthew.

The family were headed from Punta Islita, a popular tourist destination on the country's Pacific coast, to San José, the capital city about 140 miles east, the Times reported. The city was to be the family's last stop on their trip before heading home to Scarsdale, New York.

"We are very shocked and saddened to hear about the death of William Steinberg and his family. We still cannot believe that they died so unexpectedly," a post on a Facebook page for Penn's Class Board of 2021 stated.

The post described Steinberg as "a friend, a peer, and a promising scholar who would have went on to change the world."

"Will, we will miss seeing you walk down Locust Walk," the post read, "you will forever be in our hearts."

Steinberg, 18, was involved with Seeds of Peace, an organization that promotes leadership to foster peace in communities around the world, the message stated. He also took part in PennQuest, the university's four-day outdoor orientation program offered to 120 select first-year students.

"All of us, as Penn family members, are thinking of William’s family members and friends as they move through this terrible loss," the message read. "Our hearts are full, and we give them our deepest sympathy."

Penn plans to hold a gathering in Steinberg's memory, tentatively scheduled for next Tuesday, Jan. 9.

"While many of you are still away from campus on semester break, I urge you to seek comfort with your family and friends," the email read. "Please also let us know how we can best support you as our community grieves together."

The message also included contact numbers for support services available at the school.

Also aboard the flight were former Montgomery County residents Leslie Levin Weiss, 50, and her husband Mitchell Weiss, 52, Philly.com reported Sunday night. They were aboard the flight with their daughter, Hannah M. Weise, 19; and their son, Ari M. Weiss, 16, the New York Times reported.

The family reportedly lived in Plymouth Meeting and Lafayette Hill before relocating to Belleair, Florida in 2005.

An American tour guide was also killed in the crash, along with two local crew members.

The single-engine aircraft, a Cessna 208, was operated by Nature Air, a regional airline in the Central American country.

Costa Rica's Ministry of Public Safety said in a Facebook post that the plane crashed in the Guanacaste area, near Punta Islita.

This story has been updated.