The Pennsylvania Ballet does not like being compared to the Eagles 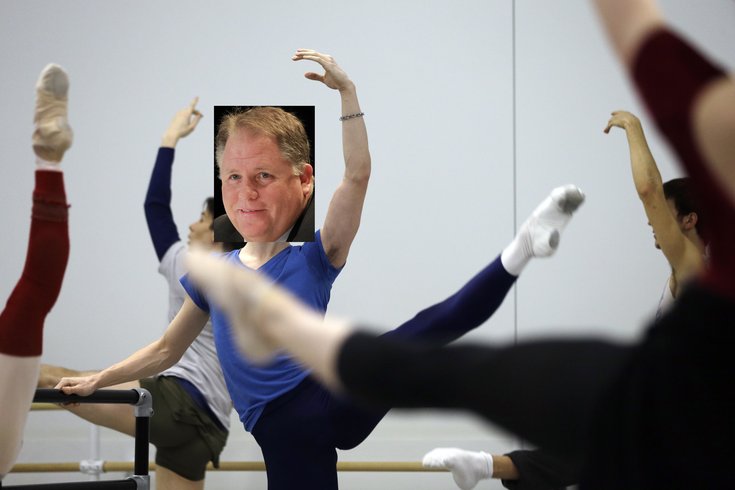 Chip Kelly as a member of the Pennsylvania Ballet.

That's what the Pennsylvania Ballet had to say after seeing someone comment that Philadelphia's football team was playing like "they were wearing tutus," according to the dance company's Facebook page.

On the day before New Year's Eve, the ballet said they saw the comment on Facebook (they did not specify if it was on their page or the team's).

The dance company took offense to someone comparing the Eagles' poor play to their profession, and in response said their accomplishments this past year far outweighed that of the birds' during their disappointing season.

They also took a shot at now-former head coach Chip Kelly. Here's what they had to say on their Facebook page:

By tomorrow afternoon, the ballerinas that wear tutus at Pennsylvania Ballet will have performed The Nutcracker 27 times in 21 days. Some of those women have performed the Snow scene and the Waltz of the Flowers without an understudy or second cast. No 'second string' to come in and spell them when they needed a break. When they have been sick they have come to the theater, put on make up and costume, smiled and performed. When they have felt an injury in the middle of a show there have been no injury timeouts. They have kept smiling, finished their job, bowed, left the stage, and then dealt with what hurts. Some of these tutu wearers have been tossed into a new position with only a moments notice. That's like a cornerback being told at halftime that they're going to play wide receiver for the second half, but they need to make sure that no one can tell they've never played wide receiver before. They have done all of this with such artistry and grace that audience after audience has clapped and cheered (no Boo Birds at the Academy) and the Philadelphia Inquirer has said this production looks "better than ever".

So no, the Eagles have not played like they were wearing tutus. If they had, Chip Kelly would still be a head coach and we'd all be looking forward to the playoffs."

Alas, the Eagles are not in the playoffs and are currently searching for a new coach.

The Pennsylvania Ballet, meanwhile, has an upcoming show, entitled "Strength and Longing," at the Merriam Theater.

Almost too fittingly, the final performance will be held on Sunday, Feb. 7, which is the same day as the Super Bowl, something Eagles fans are still longing for, too.