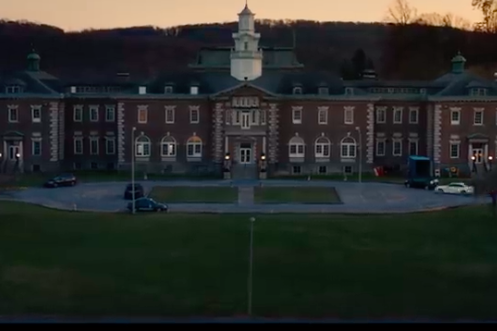 Allentown State Hospital was featured prominently in M. Night Shyamalan's 2019 film "Glass." The facilities of the former psychiatric hospital could be demolished after more than a century with the passage of a pending Pennsylvania bill. The hospital closed in 2010.

Lawmakers in the state Senate and House passed Senate Bill 701 with near-unanimous support on Wednesday, calling for redevelopment of the site at 1600 Hanover St.

The hospital, founded in 1912, contains multiple facilities on a property that remains eligible for the National Register of Historic Places, according to Lehigh Valley Live. Most of the existing structures were completed by the 1920s.

At its peak in the early 1950s, the hospital had a population of more than 2,000 patients. Its occupancy fell gradually in the ensuing decades and the state shut the facility down in 2010.

Under the bill authored by state Sen. Pat Browne, R-Lehigh, the Department of General Services would demolish the hospital facilities, leaving only a state-owned air-monitoring station. Demolition of the hospital buildings is estimated to cost about $15 million, with another $2.2 million in annual maintenance and security at the site.

Lawmakers propose to hold a competitive solicitation for proposal process to evaluate and select a buyer based upon the best value and return on investment for the land.

The hospital was featured prominently in Shyamalan's comic-book thriller "Glass," the third installment of a trilogy that included "Unbreakable" and "Split."

The bill will become law with Wolf's signature or if the governor allows it to become law without signing. Only a veto, which could be overridden by a two-thirds majority in the House and Senate, would potentially prevent the demolition plan from moving forward.