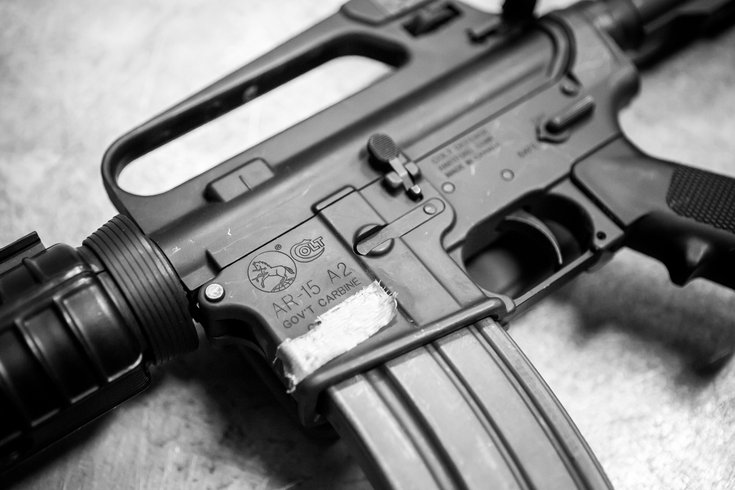 A Pennsylvania police chief is backing an off-duty officer's right to stand armed with an AR-15 assault rifle during a March for Our Lives rally.

But Greg Resetar, who heads the Rostraver police force in Westmoreland County, wasn't thrilled about one of his officers showing up as an armed counter-protester, according to a report in the Tribune-Review newspaper in Greensburg.

"In my capacity as chief, I cannot condone and do not condone the actions of Officer [Martin] Palla," he told the newspaper.

As he stood across the street from last Friday's rally, Palla told a reporter he was carrying an unloaded Colt AR-15:

"I believe that both sides of this debate have a common goal, and that's the safety of our students," Palla said at the time, adding "I don't know if there's an overall solution. You can't legislate crazy."

In Pennsylvania, people are permitted to carry their firearms in public in most municipalities. In the city of Philadelphia, an open carry permit is required.

An eight-year veteran of the force, Palla is still working while a departmental inquiry is made, the chief said.

Read the full story at TribLive.com.