About 61% of adults statewide are fully vaccinated 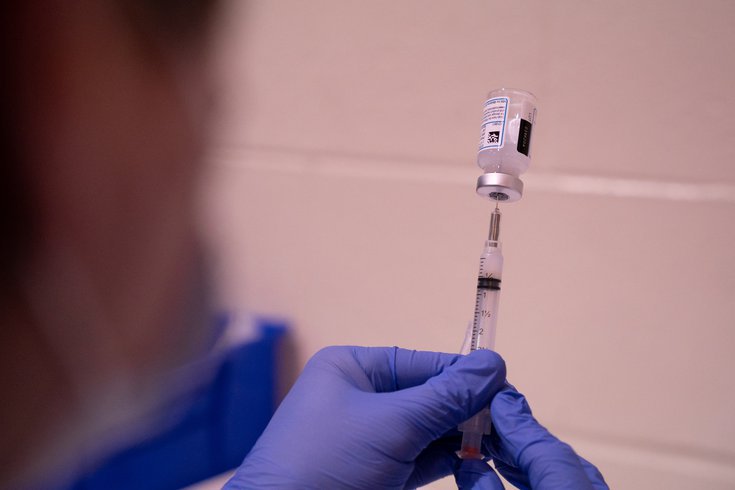 About 61% of Pennsylvania adults are fully vaccinated, according to updated figures released by the Department of Health.

The Pennsylvania Department of Health has revised its COVID-19 vaccination numbers across the state after determining that 500,000 doses were double-counted, officials said.

The updated numbers had been released Friday without an explanation and reflected a simultaneous increase of about 60,000 people who were being counted as fully vaccinated.

The duplicate shots stemmed from an effort to link first and second doses to individual residents, a health department spokesperson told the Associated Press. In the process, the health department was removing duplicate data from providers whose software did not include unique patient identifiers. The revision also accounted for data that came from some patients who received their first and second vaccine doses from different providers.

Officials said the new numbers better reflect the number of Pennsylvania residents who only have received the first dose of a two-dose vaccine.

As of Friday, Pennsylvania had administered just under 11.3 million doses, down from the 11.8 million before the revisions were completed. The state counted 5.54 million people who were fully vaccinated, with a seven-day moving average of more than 12,400 people per day receiving vaccinations.

About 61% of Pennsylvania residents 18 and older are fully vaccinated. Pennsylvania ranked fifth out of 50 states in total doses administered as of last Thursday, according to the U.S. Centers for Disease Control and Prevention.

The health department's revision did not include data from Philadelphia, which is its own vaccine jurisdiction.

COVID-19 transmission rates have stabilized in Philadelphia and across Pennsylvania in recent weeks, despite increases in cases associated with the highly infectious Delta variant in several states.