Pennsylvania Gov. Tom Wolf weighs in on whether a hot dog is a sandwich 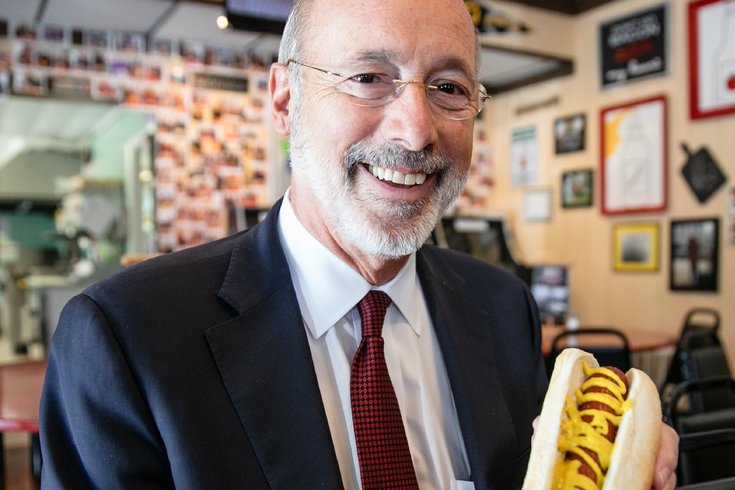 Wolf shared his opinion on Saturday because Nov. 2 is National Sandwich Day. He sent this message out on his official social media channels Saturday morning:

🌭 Happy #NationalSandwichDay! Arguably my favorite day of the year and you all know why. pic.twitter.com/5qeC1aygfl

Wolf (or rather, Wolf's communications team) also shared a Google Map of his favorite hot dog spots across the state of Pennsylvania, an extra level of engagement for the never-ending debaters.

No matter how you feel about Wolf, that's a top-level troll job on a weekend morning. Having a Very Online Governor sure is something. I wouldn't be surprised if Lt. Gov. John Fetterman had something to do with this.

Unfortunately, Wolf is of course wrong. A hot dog is not a sandwich.

A hot dog is its own entity in the food world, standing entirely on its own. Those who believe a hot dog is a sandwich often refer to dictionary definitions to explain their point of view, but food is not by the books. Food is a gut feeling, an art form, and certain dishes can't be defined by black-or-white, true-or-false dualities.

Hot dogs are all around us; hot dogs are everlasting. You would never wake up in the mood for a sandwich, then go and order a hot dog. There's a reason delis don't sell hot dogs. They might be meat between bread, but the spirit of a hot dog is entirely different from the spirit of a sandwich.

Because hot dogs are not sandwiches.