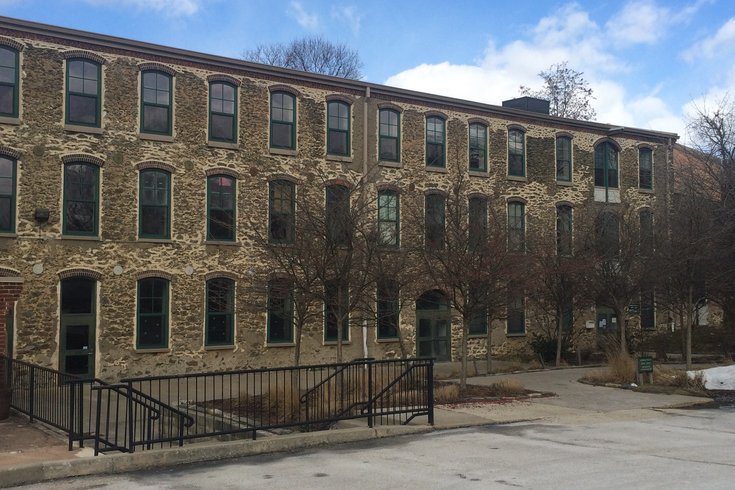 The Bridge Way School, a high school for students recovering from substance abuse, is housed in the Mishkan Shalom Synagogue in Manyunk.

Legislation that would help Pennsylvania students recovering from substance abuse attend specialized high schools is being introduced into both chambers of the General Assembly.

The legislators announced the legislation Thursday morning at the Bridge Way School in the Manayunk section of Philadelphia. The private high school is the only program in Pennsylvania solely dedicated to educating students recovering from substance abuse.

"Bridge Way was a lifesaver. He came back to an environment where he could do his academic work, but also where he was embraced for being who he was and encouraged to stay sober. He had friends who were sober and teachers who understood." – Nancy Peter, mother of Ben, a former student

"This is just getting our foot in the door and having it accepted as a concept, which is no easy feat," Taylor said. "Nobody is going to come out and say, 'This is wrong.' They're going to be like, 'Why can't a school district just do it?' "

Advocates applaud the Bridge Way School as a place where recovering students can enter a rigorous academic program in an environment that mitigates temptation and rewards sobriety. But paying the school's tuition – $2,800 per month – can be challenging, if not impossible, for many families.

"This is a game-changer in terms of helping kids get access to the school," Principal Rebecca Bonner said.

About two-thirds of Bridge Way students receive funding from their home school districts or scholarships awarded by Bridge Way's board of directors, which raises money through grants and donations. The new program would alleviate those funding concerns by using state funding to cover tuition costs.

Bridge Way, a state-accredited school that educates 10 to 15 students, offers various recovery supports for its students, including clinicians, a drug and alcohol counselor, group therapy and regular drug tests.

"The best thing that our school does is that it provides positive peer pressure," Bonner said. "All of the kids are working on staying sober, so they support each other. That's what really makes our school work."

The Pennsylvania Department of Education and the Department of Drug and Alcohol Programs would be required to assess the success of the pilot program and issue a report to the General Assembly containing future recommendations.

The pilot program initially calls for 20 slots, Taylor said. But that could expand with the opening of other recovery high schools.

Taylor said he anticipates a "very subtle but very powerful opposition" to his legislation, acknowledging people will argue that the state is using public money for private schools. But Taylor said it is no different than the way the state provides funding for students with disabilities, like autism.

"It's not a different model," Taylor said. "But the passage of this will get the concept in the political world flowing. Then, I think there will be some opportunities for some schools (to open)."

Bridge Way, which opened in 2011, is one of 35 recovery high schools in 15 states that are recognized by the Association of Recovery Schools.

Board member Jake Neff, who also is a private therapist, said he has watched the recovery efforts of numerous teenagers deteriorate after returning to their public high schools, where past drug connections remain and the pressure to use drugs to achieve status mounts.

Neff acknowledged that some Bridge Way students have relapsed and needed to return to an inpatient treatment facility. But he praised the school's atmosphere, noting various students remained sober and moved on to college.

"The best part about the school is that it's an environment that supports and celebrates recovery," Neff said. "There's no distractions for somebody who wants to stay sober, engage in the recovery process and get a good education. They're not going to be pushed off the beam by their peers."

One Philadelphia woman offered her son as a Bridge Way success story.

After being arrested as a teenage drug dealer, the boy received treatment at the Caron Foundation, the woman told the crowd that gathered for the legislation announcement. But despite applying to 10 public and private schools, no one accepted him.

The boy's neighborhood high school and the Bridge Way School became his only options. His family chose the latter.

"Bridge Way was a lifesaver," his mother said. "He came back to an environment where he could do his academic work, but also where he was embraced for being who he was and encouraged to stay sober. He had friends who were sober and teachers who understood."

Her son has been sober for two years. He is taking honors courses at a local community college and has been accepted into a Pennsylvania university.

"Who would have thought I'd be up here, two years later, being able to talk about the success he was?" his mother said. "It is unfathomable to me that so many families don't have this option."