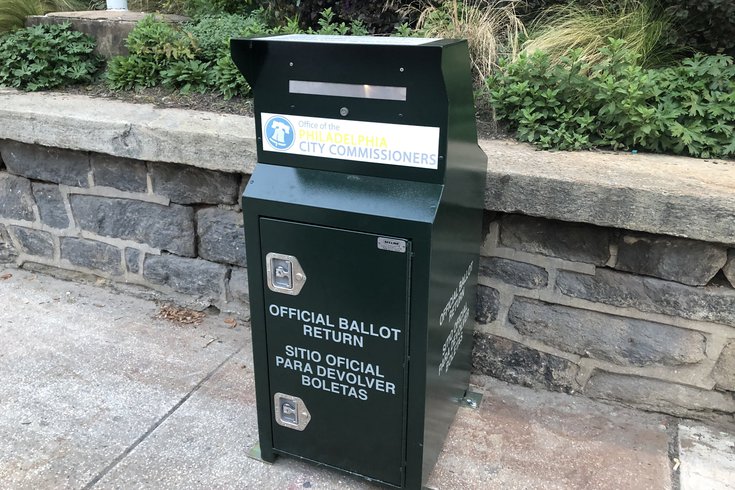 The Pennsylvania state Senate passed a bill to eliminate the use of mail-in ballot drop boxes in upcoming elections.

A bill passed by the state Senate on Monday would do away with pandemic-era drop boxes and require all mail-in voters to deliver ballots to the post office or in person at a county election office.

First used during the 2020 primary election, ballot drop boxes were implemented and expanded by the Pennsylvania Supreme Court as a way of improving voter turnout amid the COVID-19 pandemic. Voters were able to fill out a secure mail-in ballot and travel to any one of the boxes to drop in their ballot.

Coupled with post office staff shortages and irregularities leading up to the 2020 general election, drop boxes became a simple way for those voting absentee or by mail to ensure that their ballots made it to the county election office in time to meet the deadline.

Mail-in drop boxes were also one of the primary focuses of false allegations of widespread voter fraud, both in Pennsylvania and throughout the rest of the country. The Trump campaign and other Republican allies filed 24 lawsuits in Pennsylvania regarding nearly all aspects of its election system.

The plaintiffs lost all but two of the suits filed against the state, and only 474 votes were disqualified as a result of the two wins, according to the Stanford-MIT Healthy Elections Report.

Sen. Cris Dush, the lead sponsor of the bill and chair of the Senate panel currently investigating the 2020 and 2021 elections, said during a committee meeting on Monday that he wants Pennsylvania's elections to "get back to the way we originally were," Penn Capital-Star reported.

“What the courts claimed was meant to be a temporary solution during the pandemic is now a permanent issue wrought with consequences, including a lack of proper guidelines or security measures to govern the use of these drop boxes,” said co-sponsor Sen. Aument.

Of the more than 6 million votes counted in Pennsylvania during the 2020 general election, 37.8% were cast through an absentee ballot, according to the Stanford-MIT Healthy Elections Report. Despite the pandemic and Postal Service delays in the weeks ahead of Election Day, just 10,000 absentee ballots arrived after Nov. 3, much lower than in previous election cycles.

No investigation by state or local officials looking into allegations of widespread voter fraud during the 2020 general election found evidence to support the accusations.

Before the vote on Wednesday, state lawmakers from both parties argued and deliberated over the legitimacy of mail-in voting, drop boxes and the issue of securitizing Pennsylvania's elections.

Supporters of the bill, including Senate President Pro Tempore Jake Corman, noted that drop boxes were meant to be a temporary fix to improve voter turnout during the 2020 elections. He said that as COVID-19 protections and restrictions are lifted across the state, there is no reason to keep the drop boxes in place.

"I've said on numerous occasions recently that the cornerstone of any healthy democracy is the ability to vote and the access to vote, because that is one time where we're all equal," Sen. Corman said. "The second part of a truly healthy democracy is after the election, having the belief in the results."

Sen. Amanda Cappelletti, who represents portions of Montgomery County, discussed the importance of making it easier to vote, particularly for those living in rural counties, where mail delivery is slower and less reliable than in larger urban counties.

"With the U.S. Postal Service remaining understaffed and unpredictable, ballot drop boxes have been determined to be a safe and secure way to ensure the timely return of mail-in and absentee ballots," Sen. Cappelletti said. "Drop boxes targeted an increase in voter accessibility. We not only made voting more accessible for all, but in particular, increased voter access for college students, the disabled, the elderly, and the immunocompromised. Voting is not a partisan issue."

Gov. Wolf came under fire during the 2020 general election when he revealed that his wife dropped off his mail-in ballot, thus violating state law which requires the voter to drop off their own ballot.

Elizabeth Rementer, the governor's press secretary, said that Gov. Wolf has long called for improvements to our election process to make voting more easily accessible. He also has pushed back against those attempting to spread "misinformation and make baseless accusations that our elections are anything short of free, fair, and secure."

Rementer said that instead of Republican lawmakers pursuing "conspiracy theories and new ways to disenfranchise Pennsylvania voters," they should refocus on efforts to modernize the election system. She said Gov. Wolf would welcome a conversation with Republican leaders about funding an educational campaign to help assure Pennsylvania voters that their mail-in ballots are safe and secure.

The bill passed with a 29-20 vote along party lines and heads to the House of Representatives for future deliberation and a vote.

More than 664,000 voters have applied for mail-in ballots in Pennsylvania, Acting Secretary of State Leigh M. Chapman said. The vote-by-mail deadline for the May 17 primary election is May 10 by 5 p.m.