Sponsors say legislation is focused on safety and equity 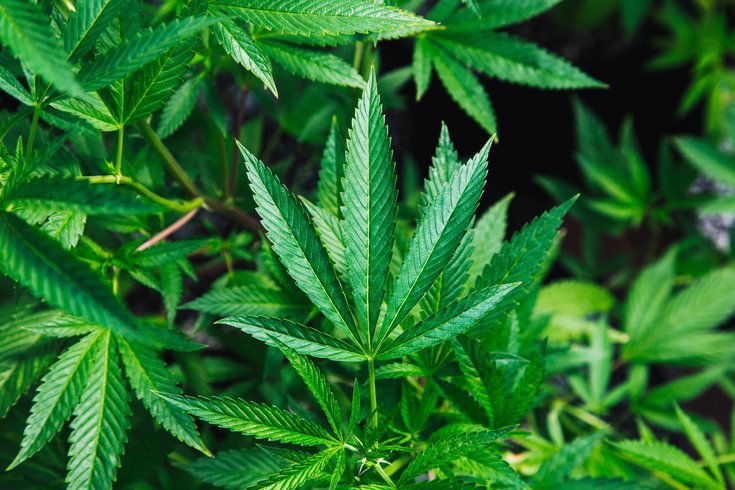 Two Pennsylvania lawmakers have introduced legislation to legalize and decriminalize marijuana, a proposal that has the support of Pennsylvania Gov. Tom Wolf.

On the heels of New Jersey's legalization of adult-use recreational marijuana, two Pennsylvania lawmakers are looking to build bipartisan momentum around similar legislation in Harrisburg.

Sens. Sharif Street, D-Philadelphia, and Dan Laughlin, R-Erie, put forth a bill Wednesday that they say will spur the economy, engage the state's agricultural industry and ensure racial and economic justice in a revenue rich marijuana industry.

The bill is one over several that have been proposed in the past few years, but Laughlin's involvement marks the first time a Republican has publicly led a marijuana legalization effort in Pennsylvania.

“While my colleague Senator Street and I come from different political parties, we see a bipartisan way forward on marijuana legalization that is premised on safety and social equity,” said Laughlin. “As the marijuana movement reaches Pennsylvania, legalization must be done the right way. This bill ensures a legalized market in the Commonwealth is implemented safely and responsibly, with a thoughtful approach that provides opportunities to medical and recreational consumers, farmers, and small, medium and minority-owned businesses.”

The bill is the first new piece of marijuana legislation introduced in Pennsylvania since Gov. Tom Wolf and Lt. Gov. John Fetterman called last summer for a legalization measure that will aid small minority-owned businesses hit hard by the COVID-19 pandemic and provide grants across the state for restorative justice programs.

Polling conducted around the state over the past few years shows approximately two-thirds of Pennsylvania residents support marijuana legalization, including more than half of self-identified conservatives.

The new legislation would set a minimum age of 21 for marijuana consumption and would mandate age verification for every purchase. Any marketing toward those under the legal age would be prohibited.

The bill also would empower law enforcement to adjudicate driving under the influence and to pursue and eradicate illicit marijuana markets. Limited home growing of up to five plants would be permitted for medical marijuana patients, while farmers and craft growers would be authorized to cultivate marijuana after obtaining a micro cultivation license.

"Anyone with interest should have an opportunity to participate under these licenses," a spokesperson for Street told PhillyVoice. "This includes farmers and craft growers."

Street and former Sen. Daylin Leach had previously proposed a bill that would have allowed households to grow up to six marijuana plants at a time for personal use.

A key feature of the bill proposed Wednesday would be the expungement of non-violent marijuana convictions and decriminalization up to 30 grams. Possession of more than that would result in fines, not jail time, according to the spokesperson, who said the bill is still being completed.

Estimates from the Pennsylvania Independent Fiscal Office project that marijuana legalization can generate between $400 million and $1 billion of new tax revenue and create thousands of new jobs.

For poduction and distribution of cannabis, the state would harness the infrastructure of the existing medical marijuana program and create licenses for social and economic equity applicants to play a key role in the expansion of the industry.

"I look forward to working with my colleagues in the legislature and with the administration to build support for this critical legislation that aims to make Pennsylvania’s cannabis market the most diverse and inclusive in the country while enabling those who have been harmed by prohibition to seal their records and rebuild their lives," Street said.

Earlier this week, New Jersey became the 13th state in the country to legalize recreational marijuana. New York is widely expected to do so later this year.

Wolf congratulated New Jersey Gov. Phil Murphy on Monday and said he hopes Pennsylvania will be the next state to legalize and decriminalize marijuana.

Pennsylvania should be next. Let's make it happen. https://t.co/l7e5vUtqUY