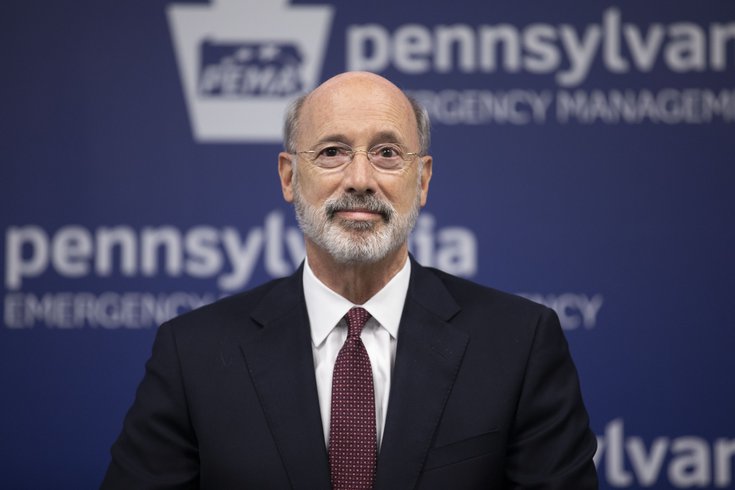 Pennsylvania Governor Tom Wolf put forth a fall legislative agenda on Tuesday that advocates for the legalization of recreational marijuana, including a tax that would support historically disadvantaged businesses hit hard by the coronavirus pandemic.

The governor outlined a plan urging state legislators to send him a recreational marijuana bill in the months ahead, with proceeds intended to supplement Pennsylvania's existing small business grant funding and restorative justice programs.

Wolf also said he wants the state to spend the remaining $1.3 billion in federal coronavirus funds received through the CARES Act earlier this year. A large portion of these funds would extend hazard pay grants for front line workers and expand loans and grants for small business recovery.

“House and Senate Democrats have been fighting for progress to protect families and businesses in these spaces since the beginning of the pandemic, but they have been stopped at every turn by the Republican majority focused on ignoring the public health crisis,” Wolf said in a statement. “That must stop now. The legislature must come back and take immediate steps to provide funding to frontline workers and businesses, put in place protections for families and our workforce, and make these commonsense reforms that can provide confidence in our government. Pennsylvanians need relief, they need reform, and they need it now.”

Pennsylvania's medical marijuana program, launched in 2016, has grown exponentially since its inception and further accelerated during the coronavirus pandemic.

In the six month span between February and August, roughly 100,000 Pennsylvania residents registered for a medical marijuana card. Total sales surged from about $415 million since the start of the program to about $789 million over the past six months of growth.

Last year, Pennsylvania Lt. Governor John Fetterman, a vocal supporter of recreational marijuana, conducted a listening tour across all 67 counties in the state. A report from the governor's office found that about 65-70% of listening tour attendees were in favor of marijuana legalization.

Nationwide, 11 states and the District of Columbia have fully legalized recreational marijuana.

Polls in recent years have shown that a majority of Pennsylvanians are in favor of legalizing recreational marijuana. A Franklin & Marshall poll in 2017 found that 56% of registered voters would support such legislation, up from 34% in 2006. Among the participants in that poll, 44% of Republicans expressed support for legalization.

Another bill introduced last year by Reps. Daylin Leach, D-Montgomery, and Sharif Street, D-Philadelphia, would legalize cannabis for adults over 21 years old and create a framework for social equity, justice and small business provisions surrounding marijuana cultivation. In that bill, the majority of proceeds were earmarked for the state's public education subsidy, leaving the choice to school districts to allocate some funds for reducing property taxes.

In the climate of the coronavirus pandemic, Wolf urged at least 50% of marijuana tax proceeds should go to historically disadvantaged businesses, defined as those more than half-owned by residents who are Black, Hispanic, Native American or Pacific Islanders. Another portion would support restorative justice for communities impacted by marijuana criminalization.

"Mayor Kenney has supported the legalization of recreational marijuana for some time now, and Philadelphia moved to decriminalize small amounts of the substance in 2014 through a bill that he introduced as Councilman," the spokesperson said. "The mayor and his administration support Governor Wolf’s proposal to use a portion of the revenue from legalized recreational marijuana to support much-needed relief funding for Pennsylvania’s small businesses in the wake of the COVID-19 crisis."

•Six weeks paid parental leave for all Pennsylvania residents, separate from sick or paid time off

•$200 million in grants for utility and housing assistance

•$100 million in forgivable loans and grants for the hospitality, leisure, and service industries, including restaurants and bars, salons, and barber shops

Wolf said the funds for these initiatives would come from a combination of CARES Act funding that has been placed in reserves and revenue generated from the legalization of recreational marijuana.

“If we want our economy to become strong again, the legislature needs to take action now,” Wolf said.