People who receive the drug are 9 times more likely to survive an overdose, Penn State researchers found. But in some counties, it's not readily available

By Brian A. Saunders
PhillyVoice Staff
Addiction Overdoses
from 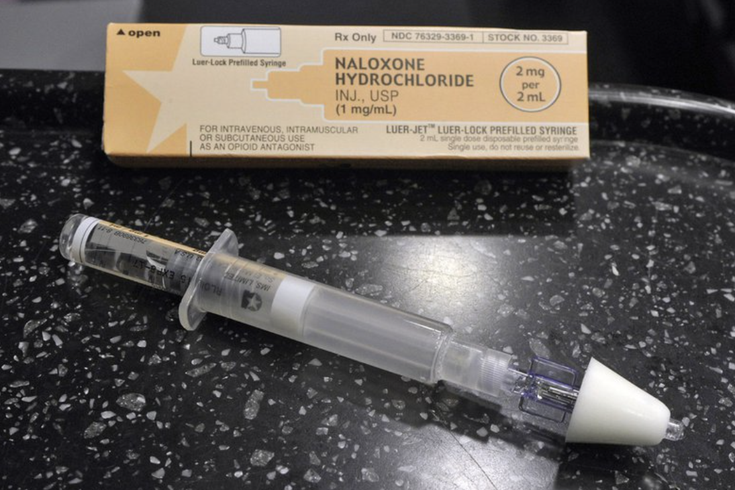 Naloxone can reverse the effects of an opioid overdose, but access to the lifesaving drug varies considerably in Pennsylvania, a Penn State study shows. Access is best in Philadelphia, where it was available 92% of the time when a person overdosed during the study period.

The chance of surviving an opioid overdose greatly increases when naloxone is administered. But access to the overdose reversal drug varies widely across Pennsylvania, leaving some residents with much higher risk of death, a new study from Penn State University shows.

Philadelphia, which has been hard by the opioid epidemic, offers the greatest access to the lifesaving drug in the state. It was available 92% of the time when a person overdosed in the city from 2015 to 2020, the study shows.

But access to naloxone, which is also known by its brand name, Narcan, is much more rare in the rural parts of the state. It was only available 41% to 47% of the time in Clinton and Huntingdon counties, where it was least accessible.

The study emphasized that the chance of survival rises as access to naloxone increases. People who received naloxone were nine times more likely to survive an overdose. The drug was given in about 75% of survival cases, but only in 29% of fatal cases.

"One of the main goals of this research is to inform public health practitioners and policymakers who have the capacity to do something about the distribution of naloxone, which is clearly effective," said Penn State researcher Louisa Holmes. "It gives leaders a target for combating the opioid epidemic by saving lives."

In February, Philly became the first city in the country to deploy a kiosk that dispenses free kits of naloxone. The kiosk was placed outside Lucien E. Blackwell West Philadelphia Regional Library, located in one of the neighborhoods hardest hit by the opioid epidemic.

Naloxone, which can be administered through nasal spray or injection, blocks the effects of opioids on the brain and restores breathing within several minutes. Across the country, most police officers and first responders are permitted to administer naloxone to people in need.

In Pennsylvania, anyone can obtain naloxone from a pharmacy without a prescription thanks to a standing order first issued in 2015. But a study conducted in 2016 and 2017 found that 55% of Pennsylvania pharmacies did not stock it.

The Penn State study used 2018 to 2020 data from the Pennsylvania Overdose Information Network and 2015 to 2019 data from the American Community Survey.

The data showed Pennsylvania recorded 16,673 overdoses, including 2,949 deaths. About 33% of the deaths occurred in the most rural portions of the state; 28% lived in the most populated areas. About 82% of adults who suffered overdoses survived.