Pa., N.J. among five states where 44% of recent COVID-19 cases are concentrated 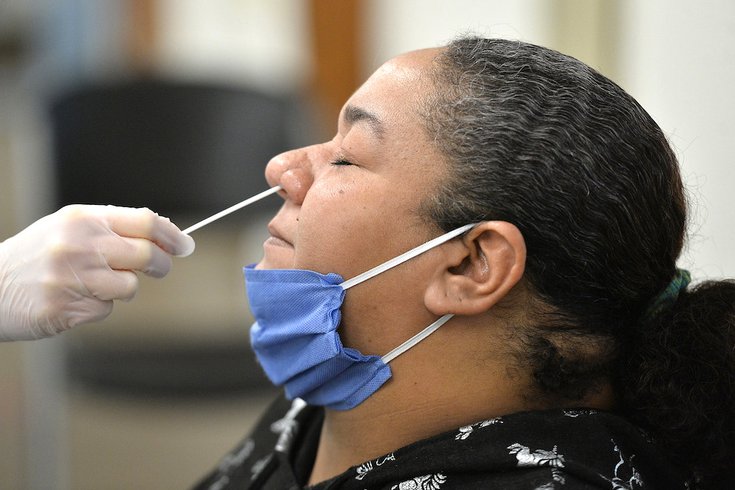 Pennsylvania and New Jersey are among two of the five states where nearly half of all recent coronavirus cases are concentrated, according to new data collected between March 29 and April 4.

Nearly half of all recent coronavirus cases are concentrated in just five states. Pennsylvania and New Jersey are two of them.

Of the 452,000 new coronavirus cases reported between March 29 and April 4, around 197,500 of those cases were located in a handful of states, including New York, Florida and Michigan, data from Johns Hopkins University showed.

New York and Michigan reported the highest rates of recent COVID-19 infections, followed by Florida with the third.

The five states accounted for a total of 44% of recent coronavirus cases, despite only accounting for 22% of the national population.

New Jersey Gov. Phil Murphy recently addressed his administration's reaction to the state being among those with the highest coronavirus infection rates.

"We constantly look at, OK, we know we’re going up," Murphy said. "But are we going up at the rate we should be, particularly given the amount of cases we have?"

The new trend may impact the future of vaccine distribution by the federal government, the Associated Press reported in their coverage of the five states' spike. The spike comes at a time when officials are looking to rollout vaccinations as fast as possible in order to avoid a "fourth wave" of COVID-19.

If cases are concentrated in certain states, officials may consider sending larger vaccine doses to those areas in order to help reel back coronavirus spikes.

Elvin H. Geng, a professor in infectious diseases at Washington University, told the AP that they are in favor of this method, even though it might seem unfair to states with lower rates of infection.

"You wouldn’t want to make those folks wait because they were doing better," Geng said. "On the other hand, it only makes sense to send vaccines to where the cases are rising."

Across the U.S., more than 75% of people older than 65 and around 40% of all adults have received at least one coronavirus vaccine shot.

In Pennsylvania, nearly 6 million shots of a coronavirus vaccine have been administered, with approximately 3,665,622 partial vaccinations and 2,037,055 full vaccinations received.

Despite vaccination rates, a new fourth surge of COVID-19 cases is expected to hit the country regardless. Even though millions of Americans are getting vaccinated each day, officials are saying that vaccine distribution won't be enough to prevent a new rise in cases.