Children may be playing a big role in the rapid spread of COVID-19 variant, former Biden adviser warns 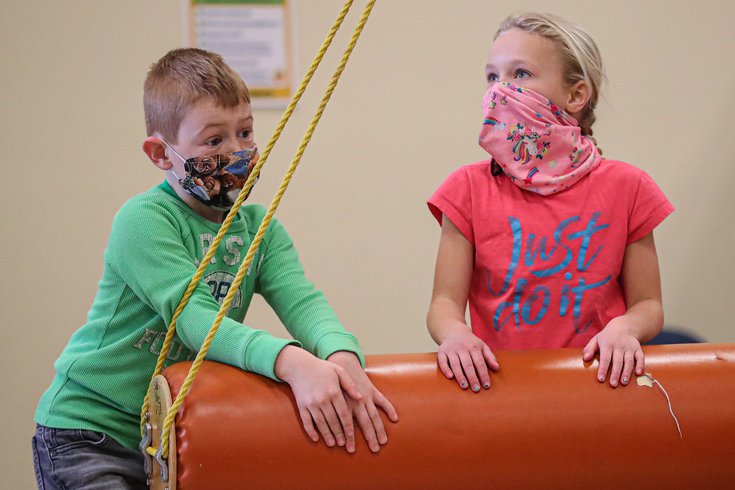 Children may be able to more easily the B.1.1.7 variant than previous forms of the coronavirus, Michael Osterholm, a former COVID-19 advisor to President Joe Biden.

The American public should be a lot more concerned about a more contagious coronavirus variant that is spreading throughout the United States, a former adviser to President Joe Biden warns.

Michael Osterholm, an epidemiologist at the University of Minnesota, raised concerns about the B.1.1.7 variant during an appearance Sunday on NBC's "Meet the Press." Children appear to more easily spread the variant, which was first discovered in the United Kingdom, and it may cause more severe illnesses among them, he said.

Osterholm, who served on Biden's COVID-19 Advisory Board between the election and inauguration, previously supported the reopening of schools. But that was because previous forms of the virus did not pose a serious threat to most children.

"This B.1.1.7 variant is a brand new ballgame. The other aspect of this B.117 variant that hasn’t been talked so much about, is the fact that it infects kids very readily," Osterholm said.

Osterholm said about 740 Minnesota schools have reported B.1.1.7 cases, despite the fact that schools reopened under expert advice that kids were less susceptible to the virus. He noted that some hospitals have reported younger people are battling more severe forms of COVID-19 than they previously did.

"Unlike the previous strains of the virus, we didn't see children under eighth grade get infected often, or they were not frequently very ill," Osterholm said. "They didn't transfer to the rest of the community. That's why I was one of the people very strongly supporting reopening in class learning."

Osterholm did not say that schools should shut down now. But he said that something needs to change to deal with B.1.1.7's spread.

"These kids now really are major challenges in terms of how they transmit," he said. "We're going to have to re-consider what we're doing now and how we’re doing that."

Research has shown that the COVID-19 vaccines protect against B.1.1.7 and other variants. But some health experts predict a fourth wave in the U.S. propelled by the spread of variants. Though vaccinations continue to increase, they fear the pace isn't fast enough to prevent another wave.

Last week, Dr. Rochelle Walensky, director of the U.S. Centers for Disease Control and Prevention, said the potential wave made her feel an "impending doom."

EARLIER: "We are just at the beginning of this surge, we haven't even really begun to see it yet," says @mtosterholm on #MTP

"We are now seeing increasing number of severe illnesses [and] ICU hospitalizations in individuals 30 to 50 years of age who have not been vaccinated." pic.twitter.com/5KlflS2MoW

Daily COVID-19 cases have risen by 18% across the country in the last two weeks, according to the New York Times' coronavirus tracker. They're up 46% in Pennsylvania and 10% in New Jersey.

Only Florida, Michigan, Minnesota, Colorado, California and Massachusetts have reported more variant cases than Pennsylvania and New Jersey, according to the CDC.

Pennsylvania has recorded 655 cases of the B.1.1.7 variant and six cases of the B.1.351 variant first discovered in South Africa. A spokesperson for the state health department did not provide the number of pediatric cases involving the variants.

Still, not all experts are convinced. Dr. Scott Gottlieb, former director of the U.S. Food and Drug Administration, doesn't foresee a new surge.

"I think that there's enough immunity in the population that you're not going to see a true fourth wave of infection," Gottlieb said Sunday during an appearance on CBS's "Face the Nation."

But Gottlieb noted that cases are rising among younger people who haven't had an opportunity to be vaccinated.

"What we’re seeing is pockets of infection around the country, particularly in younger people who haven’t been vaccinated and also in school-aged children," Gottlieb said.

There isn't yet a COVID-19 vaccine that has been authorized children younger than 16. Pfizer plans to ask the FDA to authorize its vaccine for children 12 and up based on the results of a clinical trial among adolescents.