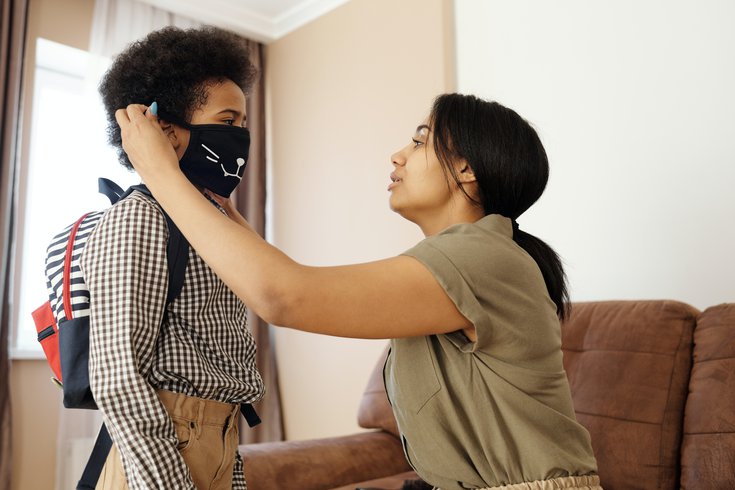 Children age 12 and under were less likely to contract COVID-19 than teenagers and adults during a six-month span, a CDC study finds.

As schools continue to struggle with the heavy decision of when it is safe to bring students back into the classroom, a new Centers for Disease Control and Prevention study offers further support that COVID-19 risks are lower for elementary school children.

Schools across the United States have adopted varying models of instruction in response to the ongoing coronavirus pandemic.

The School of District of Philadelphia is conducting virtual classes with plans to return to school buildings in some form in November. Other local schools are already back in their buildings either on a full- or part-time basis.

President Donald Trump continues to push for all schools to reopen in November. The CDC study appears to support this idea, at least in regard to elementary schools. But middle school and high school students may benefit from staying virtual a little bit longer.

The researchers found that children under age 12 are less likely than teenagers to contract COVID-19. The incident rate among adolescents almost doubled that of younger children, according to the data published Monday in the agency's Morbidity and Mortality Weekly Report.

Most of the children had mild infections, the researchers reported. Only 1.2% of those infected were hospitalized and just 0.1% needed intensive care. Fifty-one children died.

The risk of severe complications appears to grow as people age, as various research has found. But it remains unclear why young children appear less susceptible to such a deadly virus.

Researchers have posed different theories for this phenomenon, including the possibility that recent exposure to other coronaviruses, like those that cause the common cold, offer protection. Or that younger immune systems create higher levels of antibodies to fight against the virus.

Researchers from Montefiore Medical Center in New York City found that children have an early action immune response that attacks an unknown pathogen within hours, destroying it before much damage can be done.

Called an innate immune response, the body quickly calls up not only a first-line defense but also backup fighters before hyper-inflammation and severe conditions, like acute respiratory distress syndrome, can develop.

Adults have a more sophisticated adaptive immune system. It is skilled at fighting off known viruses and bacteria, but needs more time to adapt to a new threat, the researchers said.

The study included 60 adults and 65 people under the age of 24 who were hospitalized between March 13 and May 17.

Only five of the younger patients required mechanical ventilation, compared with 22 of the adults. Two children died during the study period compared to 17 adults.

The younger patients had higher blood levels of interleukin 17A and interferon gaming, two immune molecules that progressively decrease with age. Another surprise was that the sickest older adults had the strongest antibody presence – not the children.

There are many layers to any school reopening decision. While studies show that the risk for children might be low, they don't take into consideration teachers, school staff and family members.

Since back-to-school plans were first discussed, teachers and staff members have worried about putting their health – and their families' – at risk by returning to the classroom too soon.

Some schools have implemented safety plans for in-person instruction to mitigate risk, but they can't completely eliminate it, especially schools housed in poorly ventilated buildings or with limited resources.

And then there are the children who still might get severely ill. In the CDC study, children with an underlying medical condition, such as diabetes or obesity, were more likely to get sick.

That study also found that Hispanic children appear to be the most vulnerable to the viral infection. They accounted for 42% of pediatric cases in which ethnic data was available, a larger number than their share of the population.

White children comprised 32% of the cases while representing 50% of the overall population. Social determinants of health such as unsafe school environments, food deserts, inadequate access to health care and racism are contributing to these disparities, public health experts say.

The CDC researchers said their report should be used as a baseline for monitoring national COVID-19 trends. Schools should implement multiple preventive and mitigation strategies as well as monitor transmission levels closely to reduce COVID-19 risk for students, teachers, school staff members, families and the community.