COVID-19 infections accelerating in Philly amid wave of variants

With weekly case rates having doubled over the past month, health officials are pushing for older residents to get vaccinated 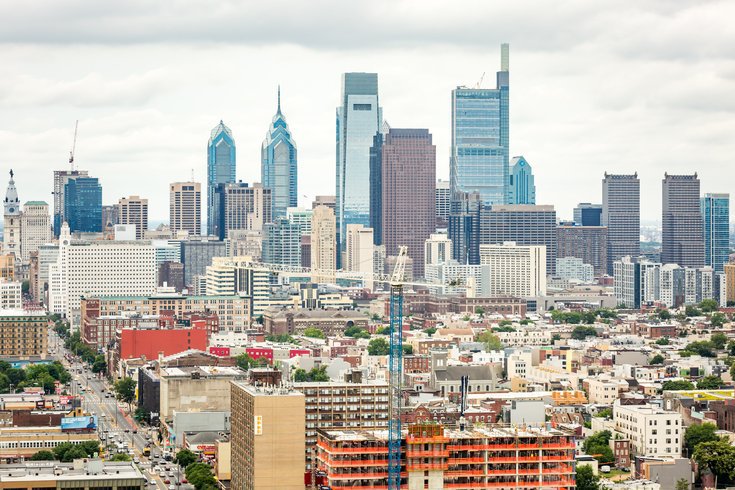 Philadelphia is experiencing a fourth wave of COVID-19 infections that also has been observed across much of the United States. Evidence now suggests the increase in new cases is partly driven by the growing prevalence of variants.

Philadelphia officials are growing increasingly concerned about a surge in COVID-19 cases that has been accelerating over the last month.

The increases, though not as steep or as deadly as the winter surge, mean that the next month will be a critical period to get vaccines to vulnerable city residents.

"Unfortunately, our COVID case rise is accelerating and our hospitalizations are rising," Health Commissioner Dr. Thomas Farley said. "We need to get as many people who are over the age of 65 as possible vaccinated now to prevent deaths."

"It is clear that this is a new wave of the epidemic across the United States and that this virus has and will continue to surprise us," Farley said.

The rise in new cases is likely being caused by a combination of COVID-19 variants and some people letting their guard down about safety measures such as social distancing and mask-wearing.

"Which (of these) is contributing more is not clear," Farley said. "I don't know that we'll ever be able to know, but the solution is still the same. We want to have people be careful with their behavior."

The variants are a cause for concern.

Health officials pointed to a new study from Penn Medicine that analyzed a batch of 80 positive case samples from late February and early March. Researchers found that up to 35% of those cases could be linked to COVID-19 variants, including those from the United Kingdom, California, New York, Brazil and South Africa.

"The proportion of worrisome viral variants is rising, so it is critical for everyone to keep up precautions such as mask-wearing, and to get vaccinated when your turn comes up," said lead researcher Frederic Bushman, the microbiology chair at Penn's Perelman School of Medicine.

The COVID-19 variants are not thought to be more deadly and those who are vaccinated are considered protected from them. But their role in driving the latest wave of COVID-19 has city officials alarmed about the threat they pose to vulnerable residents who haven't yet been vaccinated.

Hospitalizations in Philadelphia have been on the rise again, climbing from a low of 203 on March 7 to 429 by Monday.

"Our hospitals are not under strain yet, but this is a sign that this rise in infections is hitting not just people who are young, but also vulnerable people," Farley said.

Eight new fatalities reported Tuesday raised the city's death toll to 3,259 since the start of the pandemic. The city is averaging 25-30 deaths per week since late February. More than 80% of the deaths that have occurred in Philadelphia are among people over the age of 65.

"We're going to watch this number very closely to see if it rises, or if the vaccination that we're doing can keep the deaths down even as the cases rise, which is what we hope would happen," Farley said.

Weekly fatalities at the state level have fallen by 45% since the beginning of the month. The 225 deaths reported in Pennsylvania over the last week pushed the state's death toll to more than 25,000 people.

Efforts to track transmission in the city have been hampered by the health department's redeployment of contact tracing staff to vaccine site administration. Farley said the city continues to rely on larger studies of transmission trends that point to high-risk settings such as indoor dining and gatherings, particularly when people are not wearing masks.

Philadelphia announced last week that it will not ease restrictions along with rest of Pennsylvania on Easter Sunday. At that point, various restaurant capacity limits will rise to 75%, bars will resume service and occupancy limits at indoor and outdoor events will increase.

The soonest the city might adjust its restrictions is at the end of April.

Vaccinations in Philadelphia topped 111,000 last week, the city's highest weekly total to date. As of Monday night, 509,000 Philadelphia residents have received first doses and 241,000 are fully vaccinated — about 23% of the city's adult population.

With vaccine supply continuing to increase, Farley said the health department hopes to reach 150,000 shots per week by the end of April.

Over the next few weeks, the city has urged vaccine providers to prioritize people over the age of 65 who have not yet received a vaccine and are especially vulnerable given the rise in cases. Before the end of April, the health department hopes to have at least 75% of people over 65 years old vaccinated.

"I think that there's really some urgency around this most vulnerable group right now," Farley said. "If we can get them protected, then we have a little more time to vaccinate everyone else."

Philadelphia aims to move from Phase 1B of its vaccination plan to Phase 1C some time next month, expanding access to a broader group of essential workers, from those in transportation to food service workers, construction workers and members of the media.

Phase II, which will make the vaccine available to everyone over the age of 16, will begin no later than May 1.