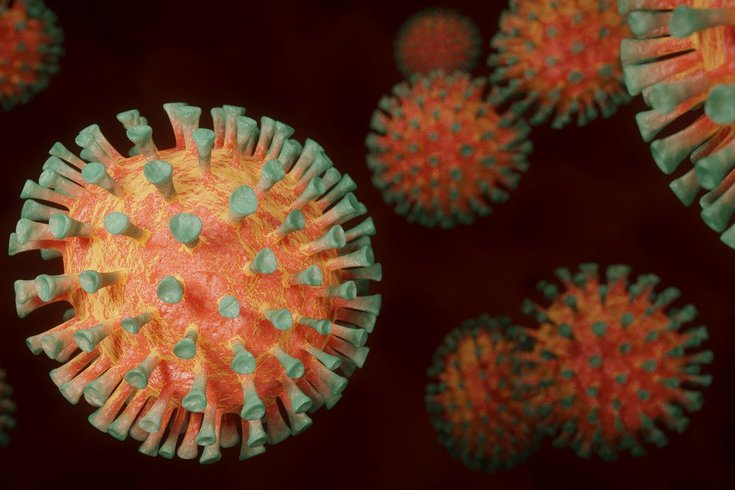 New cases of the coronavirus variant first identified in the United Kingdom are doubling almost every 10 days in the United States — a rate similar to what has occurred in other countries.

A new study estimates that the variant, B.1.1.7., is 35 to 45% more transmissible than the variations of the virus that first appeared in the U.S.

The U.S. Centers for Disease Control and Prevention warned last month that the U.K. variant could be the predominant variant in the country by March. The study's data supports this warning, though U.S. cases remain relatively low.

As of Monday morning, there were 690 reported cases in 33 states, including Pennsylvania and New Jersey. However, detecting the variant requires extensive genetic sequencing — an area where the U.S. lags behind other countries. Many cases likely have gone undetected.

"Our study shows that the U.S. is on a similar trajectory as other countries where B.1.17 rapidly became the dominant SARS-CoV-2 variant, requiring immediate and decisive action to minimize COVID-19 morbidity and mortality," the researchers wrote in a paper posted to the preprint server MedRxiv on Sunday.

The study found that in many cases, the infected people did not report any recent international travel. This suggests "that significant community transmission of the variant is already occurring in the U.S.," the researchers wrote.

The researchers believe that the U.K. variants probably has been in the U.S. since late November, even though the first U.S. case wasn't announced until Dec. 29.

For the study, the researchers sequenced 212 variant samples from 10 states. The study hasn't been peer reviewed yet.

A British report has suggested the variant also may be more deadly, but there isn't enough data to make any conclusive finding.

Dr. Anthony Fauci, director of the National Institute of Allergy and Infectious Diseases, and other U.S. health officials continue to emphasize the importance of vaccination to stop the coronavirus from mutating as rapidly as it is. But this won't be possible at the current rate of vaccination, Fauci said.

"If the variants and the mutations come, and start becoming dominant, then that's going to obviate some of the effects of the vaccine," Fauci told CNN.

More contagious variants first identified in South Africa and Brazil also have been detected in the U.S.

In a recent report, the Centers for Disease Control and Prevention said increased compliance of mitigation strategies, including social distancing and wearing face masks, along with a quicker vaccination implementation, is necessary to control the spread of the virus.

"What concerns me is the exponential growth [of a variant] in the early stages doesn't look very fast," Andrew Noymer, an epidemiologist at the University of California at Irvine told The Washington Post. "It kind of putzes along — and then goes boom." He was not involved in the study.