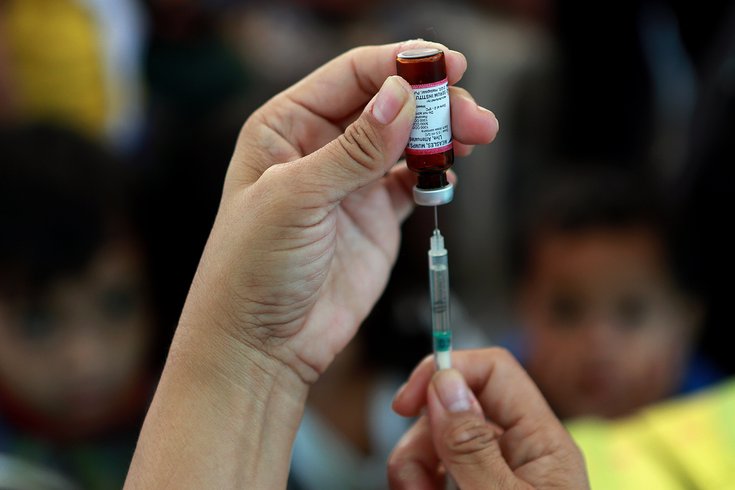 Pennsylvania ranked No. 17 on a new survey for most-vaccinated state.

Pennsylvania earned a spot among the top 20 U.S. states that vaccinate the most residents, according to a new study.

Based on data like reported outbreaks and the percentage of people with health insurance, the WalletHub survey measured all 50 states and the District of Columbia, to see which is responsibly managing immunizations.

Massachusetts ranked No. 1, followed by Vermont, Rhode Island, and North Dakota. Toward the bottom of the list, New Jersey came in at 44th –  the state has one of the highest rates of influenza in children ages 6 months to 17 years old in the U.S., according to WalletHub's data.

Pennsylvania ranked slightly higher on the list for the rate of immunizations among teens and children, at No. 11, than it did for overall vaccination rates.

Here are some other standouts in the data.

Lowest share of children under 6 participating in immunization information

To measure vaccine frequency in each state, WalletHub weighted scores in categories like children and teen immunization rates, adult and elderly vaccination rates, and immunization uptake disparities and influencing factors.

From there, 18 different factors were also taken into account and weighted to get an average score. Data like reported measles outbreaks, shares of populations living in areas with health professional shortages, and share of adults at increased risk of pneumococcal vaccination were all measured.

The U.S. Centers for Disease Control and Prevention recommends having a newborn children immunized with 10 vaccines between birth and the ages of 4 and 6. You can find that schedule here. Adults ages 19 and older should receive a flu vaccine annually, and can take this survey to find out what other vaccinations might be necessary.