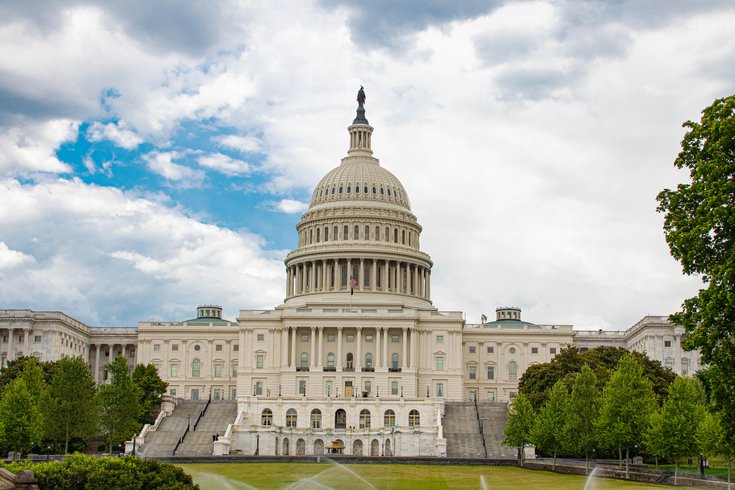 Former hedge fund executive David McCormick has joined a crowd of candidates running to win the Republican nomination for the Pennsylvania Senate seat.

The Republican primary for Pennsylvania's open-seat Senate race has attracted quite a crowd, including several wealthy candidates who, until recently, hadn't lived in the state in years.

There's TV personality Dr. Mehmet Oz, a longtime New Jersey resident whose main tie to the state is his degrees from the University of Pennsylvania, and former diplomat Carla Sands, a Cumberland County native who spent much of her adult life in California before moving back earlier this year.

Now, there's David McCormick, who became the 13th Republican to formally enter the race Thursday morning. It would be easy to forgive Pennsylvanians for thinking McCormick was already officially in the race given that he's run more than $2 million worth of TV ads, according to NBC News.

The former hedge fund executive is looking to leverage his old school GOP bonafides and his ties to the Trump administration to edge out the competition. The winner will face the Democratic candidate in a hotly-contested race to replace Republican Sen. Pat Toomey, who is retiring.

Although McCormick has resided in Connecticut until recently, when he bought a home in the Pittsburgh area, his Pennsylvania roots run deep. The Army veteran was raised in Bloomsburg and later spent 10 years living in Pittsburgh. His father, James McCormick, was president of Bloomsburg University and chancellor of the Pennsylvania State System of Higher Education.

McCormick previously served in various economic positions with the George W. Bush administration before becoming the CEO of Bridgewater Associates, one of the world's largest hedge funds, in 2009.

In many ways, McCormick fits the mold of a traditional GOP candidate, but his wife, Dina Powell McCormick, served as a top national security advisor to former President Donald Trump, and he has the support of many who served in the administration.

That includes Hope Hicks, a top staffer in Trump's 2016 campaign who has been working with McCormick, according to Politico. He also is expected to be advised by prominent former Trump staffers Stephen Miller and Cliff Sims, and has the backing of public relations experts Kellyanne Conway and Sarah Huckabee Sanders, who is running for governor in Arkansas.

But McCormick is far from the only candidate relying on his ties to Trump, who is still in many ways at the center of the Republican Party.

Sands has been touting her role as U.S. ambassador to Denmark under the Trump. Oz has hired Larry Weitzner, who helped craft Trump's campaign commercials in 2016 and 2020, to frame him as a political outsider of the same breed.

Trump is not expected to immediately make a new endorsement in the Pennsylvania race. He previously threw his weight behind Sean Parnell, the one-time frontrunner who dropped out of the race in November amid allegations of physical abuse against his wife. Parnell endorsed McCormick on Thursday night.

McCormick pitched himself as a "battle-tested and Pennsylvania true" candidate, telling told Fox Business Network anchor Maria Bartiromo that he would be able to take on Democrats in Washington.

He knocked President Joe Biden for the nation's high inflation rate, which he dubbed a "silent thief," and called for tougher border security. McCormick also positioned himself as a culture warrior who would fight the "radical left" for traditional American values.

"I think the rise of wokeness and weakness is really putting future generations … at risk," he said.

McCormick has never run for public office before, so he's untested as a candidate. He quickly drew criticism from Oz for overseeing Bridgewater's investments in China.

"He's a friend of China, with a long record of selling us out," states to a commercial paid for by a political action committee supporting Oz.

Candidates Jeff Bartos, a real-estate investor from the Philadelphia suburbs, and George Bochetto, a longtime Philly lawyer, have blasted the Oz, Sands and McCormick as opportunists while touting themselves as longtime Pennsylvania residents.

"I want to say clearly for all the other people running out there who are just getting to Pennsylvania for the first time, just visiting places for the first time: You cannot save Main Street if you don't even know how to find it," Bartos said Monday during a telephone town hall, according to PennLive.

Still, McCormick is one of several candidates willing to spend millions of their own dollars to further their political fortunes. And that could go a long way in a race that many pundits view as wide open.