The Falcon 9 vehicle launched from Cape Canaveral on Saturday, startling some witnesses on the East Coast 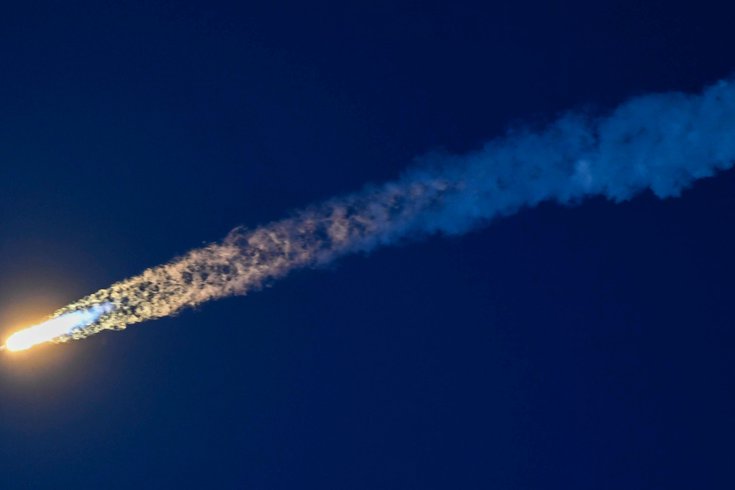 A SpaceX Falcon 9 rocket lifts off from Cape Canaveral Space Force Station in Florida on Sept. 24, 2022. The rocket, visible from parts of the East Coast, carried 52 Starlink satellites as part of SpaceX's mission to expand internet connection to remote areas.

A shining object observed in the sky in Pennsylvania and several other East Coast states over the weekend was not a comet or a UFO, as some witnesses speculated. It was a rocket launched by SpaceX to put another batch of Starlink satellites into orbit.

Photos and videos of the object surfaced on social media after SpaceX launched the Falcon 9 rocket from Cape Canaveral, Florida around 7:30 p.m. on Saturday.

MORE: Extraordinary view of Jupiter to occur Monday as it nears closest point to Earth since 1963

I saw it all way from Pennsylvania. I’m at first I thought it was a ufo 🛸 too pic.twitter.com/gJaTAjzdrO

Saw an interesting plane over SE PA about half an hour ago. Silent. At first I thought Wallops was launching a rocket. It was cool looking. Wish I knew what it was! #UFO #SE_Pennsylvania pic.twitter.com/rmFsJHRjVK

A UFO just flew over my house in Pennsylvania. I can’t believe what i just witnessed pic.twitter.com/N0XhagWq1l

SpaceX's Starlink mission aims to extend internet service to remote areas of the globe and in rural areas where internet connection is limited. The company started launching the satellites in 2019 and has sent 3,399 Starlink satellites into orbit, including prototypes and failed spacecraft. Roughly 2,500 of the satellites are operational in low-Earth orbit, while another 500 are now moving into operational orbit, SpaceFlightNow reported.

Starlink satelltes travel in trains across the sky, typically at an altitude of about 335 miles, and can be seen from the ground under the right conditions. They often confuse people who are unaware of the project, whose network now spans more than 40 countries and territories.

Grateful that my neighbor talked me down from us being attacked by aliens and that it was only the #starlink satellite. #rad #science pic.twitter.com/gCSDRQubpN

The launch on Saturday night was SpaceX's 43rd Starlink deployment of the year, including another earlier this month that was witnessed in Pennsylvania on Sept. 5.

The 229-foot-tall Falcon 9 rocket seen in the sky on Saturday was carrying 52 Starlink satellites. SpaceX ultimately plans to have 4,400 satellites in orbit as part of its initial deployment. The company's Starlink mission is one of several similar projects — including Amazon’s Kuiper project, China’s Hongyan and OneWeb — that aim to expand internet access with satellites in low-Earth orbit.

Given how bright the satellites are, some astronomers have voiced concerns that these constellations could disrupt space observation by reducing visibility. SpaceX has since begun installing sunshades on its satellites in an effort to reduce their brightness. The company plans to begin launching much bigger Starlink Version 2 satellites next year that will connect directly with smartphones as part of a partnership with T-Mobile to reduce dead zones.

If you happened to catch a glimpse of the Falcon 9 rocket launch from the Delaware Valley, it wasn't anything extraterrestrial. It was just a routine update to one of Elon Musk's ambitious plans in space.