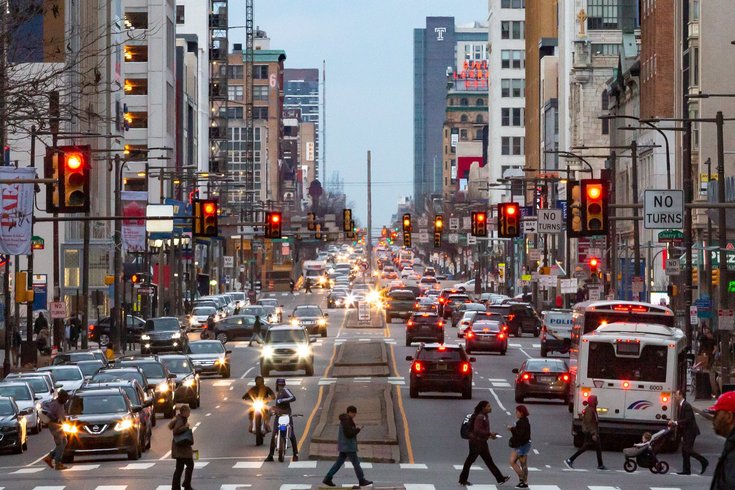 PennDOT says 77% of Pennsylvania residents often drive in their car alone, 51% of residents regularly walk or ride a bike as a mode of transportation, and just 19% regularly use public transit or rail.

PennDOT released the results of its 2019 statewide transportation survey this month. The survey asked roughly 6,400 residents across the state what they think of Pennsylvania's current transportation systems, how people move around the state, and what they'd like to see happen before the next biennial survey.

What they found, in short: Pennsylvanians like to drive in their cars, normally alone, and they'd like to have an easier time doing so.

According to the survey, 77% of Pennsylvania residents often drive in their car alone, 51% of residents regularly walk or ride a bike as a mode of transportation, and just 19% use public transit or rail to move around their city or town.

The U.S. Department of Transportation has noted that single-occupancy vehicles produce the most greenhouse gas emissions among the country's most popular modes of transportation, which, in turn, contributes to ongoing climate change.

Residents ranked road pavement, traffic flow, and bridge maintenance and repair as what should be the Pennsylvania's top three transportation priorities, unchanged from results in 2017.

Unsurprisingly, Philadelphia's survey responses didn't exactly align with the rest of the state's wants and needs.

It makes sense that the state's most urban area would have more interest in public transit- and pedestrian-related topics, but that's a stark difference compared to the rest of the Delaware Valley and the rest of Pennsylvania writ large.

You can explore the full map of the Philadelphia's complaints at this link, if you want to read comments like "Stop wasting tax dollars on widening highways" up in the Northeast, and "New MFL subway station between 15th & 30th," which: yes, but how?

PennDOT Secretary Leslie S. Richards said in March that the department plans to work on more than 200 highway and bridge projects in the Delaware Valley this year.