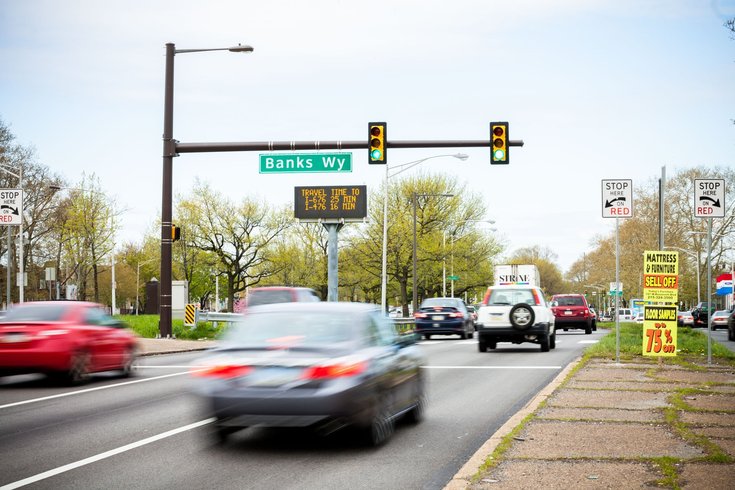 Speed-monitoring traffic cameras officially are on their way to a 11 3/4-mile stretch of Roosevelt Boulevard in Philadelphia now that Mayor Jim Kenney signed legislation Wednesday morning to permit them.

Philadelphia City Council had approved their use in May. The legislation modifies the traffic code to allow that automated speed enforcement systems be used to detect vehicles exceeding posted speed limits.

As many as 11 traffic cameras are to be installed along the Roosevelt Boulevard by the end of 2019. The speed cameras will be placed at locations between Ninth street and the Philadelphia and Bucks County line.

Drivers will have a 60-day grace period after the cameras are installed to adjust to the new means of enforcement. After that, those caught driving more than 11 mph above the speed limit will be sent fines in the mail.

Fines will get incrementally higher based on the speed a vehicle is observed traveling above the speed limit: $100 for those speeding 11-20 mph faster than the posted limit; $125 for those traveling 21-30 mph too fast; and $150 for vehicles exceeding the speed limit by 31 mph.

According to the Pennsylvania Department of Transportation, 139 people were killed or seriously injured in crashes on Roosevelt Blvd between 2013 and 2017. There was a total of 2,695 crashes during that five year period. And in January, a report published based on PennDOT data found that a portion of Roosevelt Boulevard through the city's Rhawnhurst neighborhood was the deadliest stretch of road in Pennsylvania.

There have been several fatal crashes on Roosevelt Boulevard in 2019. Among them, two teens were killed in crash near Stevens Street on June 2, and a 22-year-old male driver was killed in a wreck near Fifth Street in Feltonville on June 11.