Andrew Wyatt, the comedian's spokesperson, says talks attract as many as 100 people 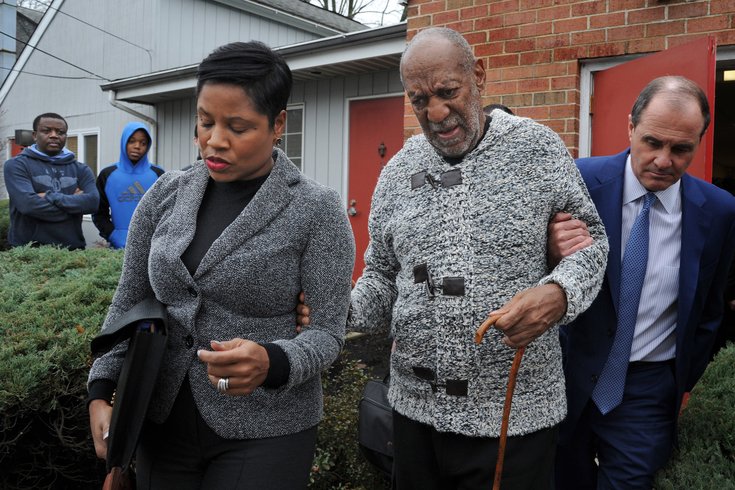 Bill Cosby, pictured above leaving his arraignment at Montgomery County District Court in Cheltenham, Pa., in December 2015, has apparently been giving life-lesson lectures during his time in jail.

Bill Cosby apparently has been drawing crowds of inmates in Montgomery County prison for life-lesson lectures on drug use, how to reconnect with your kids, and staying out of jail.

Cosby's right-hand man and now-mouthpiece from prison, Andrew Wyatt, claimed to TMZ that the Philadelphia native draws crowds of 100 people for his lectures, which he gives about four times a week.

Wyatt said the lectures are on behalf of a group called "Man Up" that prepares inmates for live outside of prison once they are paroled. Topics focus on recidivism, re-connecting with family, finding work post-prison, and giving interview techniques.

The disgraced comedian, who has been in state prison since September 2018, will serve three to 10 years for drugging and assaulting former Temple University employee Andrea Constand.

Cosby has apparently been feeling pretty good about himself and his former "Cosby Show" reputation as America's dad. On Father's Day, he sent out a bizarre message to all fathers to strengthen "our families and communities."

And in February, Wyatt told NBC10 that Cosby was having "an amazing experience" and "mentally strong" in prison.