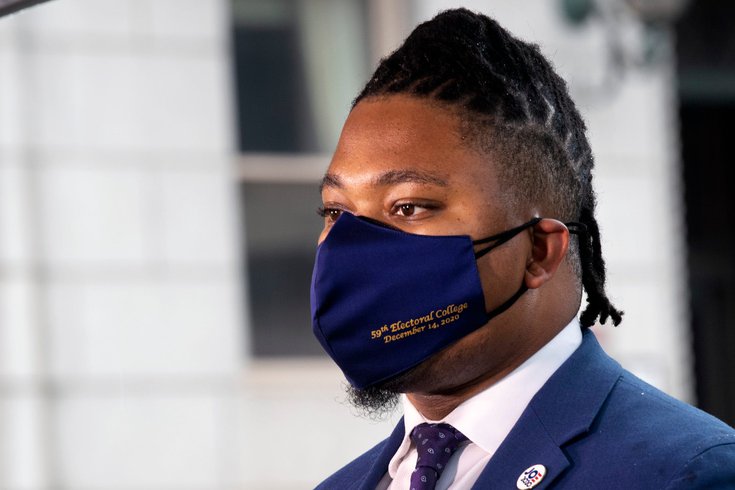 Rep. Kenyatta introduced legislation that would increase the amount of cash assistance Pennsylvania families receive from the TANF program.

The cost of living in nearly every part of the country has increased, particularly in cities, since former President Bill Clinton signed the Temporary Assistance for Needy Families program into law in 1996 as part of his welfare reform agenda.

The TANF program provides cash assistance to pregnant women, parents with dependent children and chlidren living with other relatives. To be eligible, people must meet financial requirements and be searching for work. The program supports about 65,000 Pennsylvania residents.

State Rep. Malcolm Kenyatta, a Democrat from North Philadelphia and a candidate in the 2022 U.S. Senate race, introduced a bill that would increase TANF benefits to 50% of the federal poverty level, up from 22%. It also would require the percentage to be annually adjusted for inflation.

"Over the last 24 years, prices have gone up for every basic necessity, including food and housing, and the TANF program has not been given more money to help needy families be able to afford these necessities," Kenyatta said Tuesday.

"TANF benefits have not been increased in over 30 years and nationally, TANF benefits have fallen substantially in value and do far less to help families escape crippling poverty," Muth said. "In Pennsylvania, the majority of families receive around $403 per month for a family of three — that is not nearly enough money for a family to survive on."

In August, the Meet the Need Coalition released a report that found the $403 amount simply wasn't enough for families. Pennsylvania hasn't altered the amount of cash assistance it provides since 1990, when the program was known as Aid to Families with Dependent Children. If TANF benefits had been adjusted for inflation, a family of three would receive $832 per month today.

Though the number of families receiving TANF benefits has decreased by 70% since 2007, the amount of children who remain in deep poverty has remained flat, according to Community Legal Services Philadelphia, one of the groups that comprises the Meet the Need Coalition.

"Because of systemic racism and historic disinvestment in Black communities, TANF serves a disproportionately high percentage of Black families," Community Legal Services noted in August in a statement about the report.