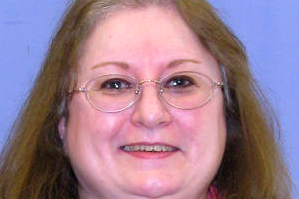 Denise Marie Nagrodski, 52, of Easton, Pa., pleaded guilty on Thursday to conspiring in a plot to murder three people in New Jersey.

A Pennsylvania woman pleaded guilty Thursday in Trenton to charges she attempted to hire a hit man to kill her daughter's ex-boyfriend and two other people close to him in New Jersey.

According to New Jersey state authorities, 52-year-old Denise Marie Nagrodski of Easton, Pennsylvania, planned the murders as an act of revenge against the boyfriend, whom she said was abusive toward her daughter and caused her to have a miscarriage years ago when she was pregnant with twins.

In her guilty plea, Nagrodski admitted that she conspired with an undercover detective to plot the murder of the boyfriend along with his sister and her boyfriend. Nagrodski was arrested in November 2014 after the plot was foiled by New Jersey State Police.

“This is not the first murder-for-hire that a New Jersey State Police undercover detective foiled while posing as a hit man," said Colonel Rick Fuentes, Superintendent of the New Jersey State Police, in a release from the State Office of the Attorney General.  "These cases are always disturbing, but working cooperatively with our partner agencies, this grisly murder plot was stopped, and the woman responsible will now be spending a long time behind bars."

After NYPD Intelligence provided a tip to New Jersey State Police, Nagrodski had meetings with the undercover detective at the Phillipsburg Mall in Lopatcong, New Jersey, where she hashed out the details of the murders.

She told the detective to "burn him alive," referring to the daughter's ex-boyfriend, and asked that the sister and sister's boyfriend each be shot twice in the forehead, "one for each twin" miscarried by her daughter (though it was eventually agreed that the hit man would "bash in" their heads, as Nagrodski could not supply a gun). She later met with the detective again, providing photos of the intended targets, a drawn map to their homes, and the second half of the $1,000 she agreed to pay for the murders. Both of the meetings were secretly recorded.

“Nagrodski wanted all of the murder and mayhem she could buy,” said Director Elie Honig of the Division of Criminal Justice. “Instead, she purchased a long stay in a state prison cell.”

Under the plea agreement, the state will recommend that Nagrodski be sentenced to 10 years in state prison, with 8.5 years ineligible for parole under the No Early Release Act. Since her arrest, Nagrodski has remained in the Warren County Jail with bail set at $2 million, cash only.