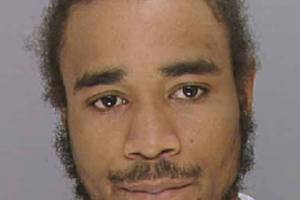 The District Attorney's Office said  25-year-old Antuane Brown sexually assaulted the girls between the ages of  12-17, within the span of four months.

“These four young girls and their families have gone through unimaginable pain and suffering because of what Antuane Brown did to them, and today’s plea of no contest makes sure he is punished for his crimes,”Philadelphia District Attorney Seth Williams said in a news release.

All of the rapes occurred within a few blocks of Brown's home in Germantown on the 1100 block of E. Price St., according to prosecutors.

In each assault, Brown was wearing a mask, and in three instances he reportedly used a gun to coerce the victims.

Detectives were able to identify Brown after releasing surveillance video of the third victim's abduction in June.

When they went to his home, police say they recovered a mask, gun, and a bicycle. Brown reportedly approached the third victim while riding a bike.