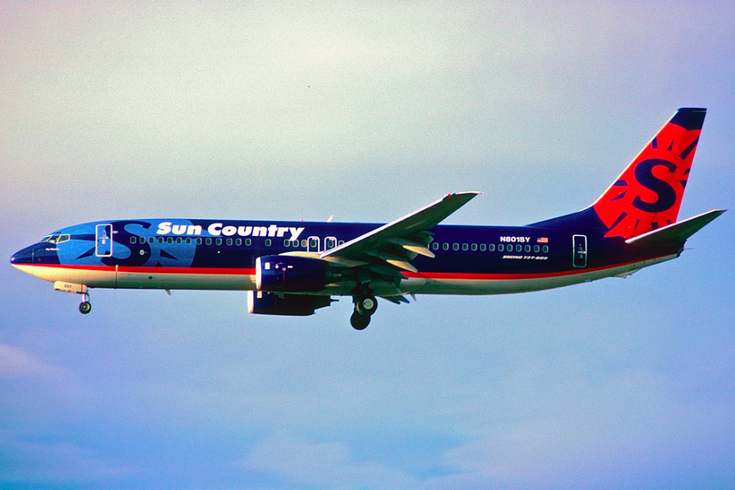 Philadelphia International Airport will soon have a new low-cost carrier on its growing roster of airlines.

Minneapolis-based Sun Country Airlines announced a nationwide expansion on Tuesday that will include flights between Philadelphia and Minneapolis-St. Paul International Airport starting in April.

Sun Country currently flies to more than 80 destinations in the United States, Mexico, Central America and the Caribbean. It previously operated as a charter in Philadelphia and was among the airlines that took Eagles fans to Minneapolis for Super Bowl LII last February.

“Sun Country is familiar to vacationers flying on group charters out of PHL, and we are pleased that this popular carrier will be offering regularly scheduled commercial service to travelers in the region,” Philadelphia International Airport CEO Chellie Cameron said. “Minneapolis is a beautiful city to visit and Sun Country’s hub at MSP offers connections to some of the best vacation spots in the U.S., Mexico, the Caribbean and Central America. We are excited to welcome Sun Country to our family of commercial carriers.”

Beginning April 18, the new service will operate with one departure on Monday, Thursday, Friday and Sunday. It will become daily on June 3.

Under new management, Sun Country is embarking on its largest-ever expansion, including 19 new routes and seven new cities. The company is shifting from a niche carrier to an "ultra low cost" model with higher fees for baggage, seating and in-flight amenities.

“We’re excited to add Philadelphia International Airport to our growing network and to connect these two great cities,” said Sun Country chief commercial officer Ted Botimer. “Our focus on low fares and great customer service will be a great fit in this market, and we look forward to our continued partnership with the City of Philadelphia.”