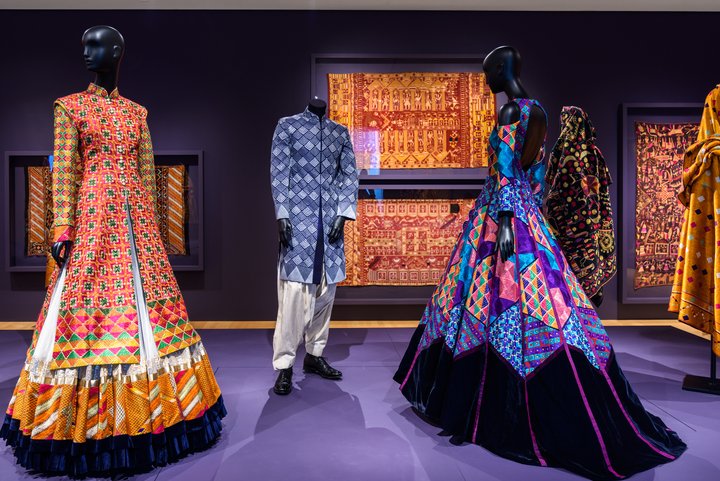 Phulkari has made a powerful comeback, in contemporary music, dance, and fashion, most evidently seen in the outfits by Manish Malhotra, who created unique designs for this exhibition.

A new textile exhibition, titled "Phulkari: The Embroidered Textiles of Punjab from the Jill and Sheldon Bonovitz Collection," is on display at the Philadelphia Museum of Art through July 9.

To create phulkari, which is a labor-intensive textile, silk is embroidered onto a plain-woven cloth. It is traditionally worn as a large shawl, draped over the head. Women would wear phulkari for special occasions, like marriages or births.

"Deeply rooted in Punjabi life before the 1947 Partition of India and Pakistan (which split the Punjab region), this tradition has become a powerful symbol of Punjabi cultural identity," according to the Museum.

The skill was often passed down from generation to generation, with young girls learning from older female relatives.

"They are canvases upon which a woman could express her desires and worldview through needle and thread," Dr. Cristin McKnight Sethi, co-curator of the exhibition, stated in a press release. 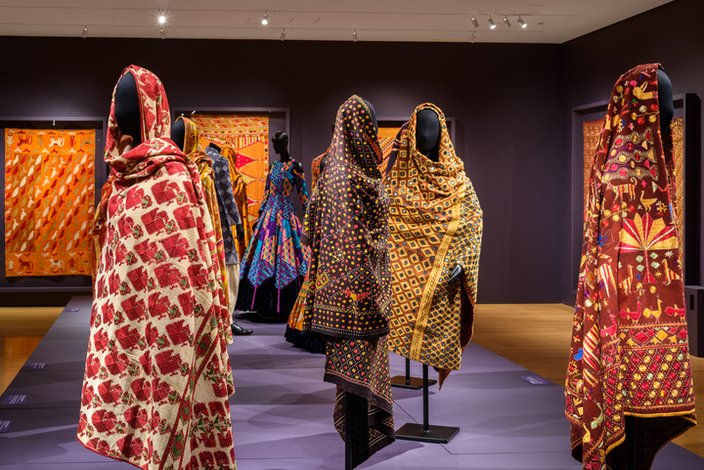 The Philadelphia Museum of Art presents the first major American exhibition of phulkari textiles, exquisite embroideries made in Punjab, a region that comprises north central India and eastern Pakistan.

The focus on the exhibit will be on pre-Partition textiles, but contemporary couture created by one of India’s leading fashion designers, Manish Malhotra, will also be on display.

Malhotra has turned the folk tradition into high fashion.

The exhibit is located in the Philadelphia Museum of Art's Perelman Building.

Phulkari: The Embroidered Textiles of Punjab from the Jill and Sheldon Bonovitz Collection